Common Core is not just controversial; it IS a problem.

Objections from the Alliance for Childhood were raised in 2010 and IGNORED! The need arose to DEFEND the EARLY YEARS and they issued information that parents need to know. And although these standards may be better for some than others, they are not the best and one size never fits all. Plus, there is the issue of privatization of public education.

Think about this: It is one thing to like and use the Common Core National Standards; it is another to give control over public school curriculum and public school children’s data to non-profit associations and multinational corporations which have no obligation to U.S. children. The copyright to these standards are privately held. It is research on their development that forced me to say “NO.”

Personally, I view Common Core as a distraction from the bigger prize of control of federal education law. However, it all comes together in “Smart Options” & the Revolving Door of Common Core.

The public has been lied to and deceived. This is not a joke.

In a test-based accountability system like we currently have, whoever controls the tests controls what is taught.

Standardizing instruction is not practicing to a higher standard.

Myths Versus Facts on the Truth in American Education website

The Left-Right Alliance for Education explains the multi-partisan opposition 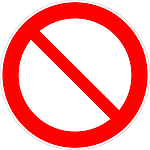 Just Say No to the Tests! Fair Tests

And on a final note, Common Core is not only divisive but has led to name-calling rather than reasoned, civil discourse. I have never thought of myself as a nutcase. I have never been a conspiracy theorist. And when I picked the title of my last Common Core blog, I did so for a reason. Authors usually have reasons for word choices. This one was written to get a rise out of people. It did. April 29, 2015 The Common Core Conspiracy

If people have accepted this divisive, risky investment, so be it. Divided we fall to further standardization and privatization of the public education system. On this, I want to be wrong.