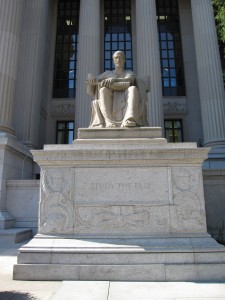 Now more than ever, people need to understand ESEA. Listen to one explanation I gave on the War Report. I stumbled a bit in getting the twin goals stated so I do highly recommend people read what JFK was thinking when it came to federal education law.

The country saw the most significant narrowing of the “achievement” differences between white and “minority” students and the socioeconomic classes (the achievement gap) during the 70’s and 80’s.

To judge the original law by results now – 50 years later – is really unfair to the original law because so many changes have been made over time that No Child Left Behind (and now the Every Student Succeeds Act) no longer represents the goals, beliefs, values, and principles of the writers of the 1965 Elementary and Secondary Education Act (ESEA).

Then and Now: How We Came To This Crossroads

In 1965, the belief was that poverty-ridden communities were not offering the quality of education that other communities could afford. Fairness was to be established through the Elementary and Secondary Education Act (ESEA).

But by the 80’s the outcome-based education reform theory was taking root in political circles. By the 90’s, what became known as the standards movement was transformed to what we now call the standards, testing, and accountability movement. This outcome-based theory of “reform” swept through state legislatures and educational establishments (institutions, foundations & organizations) before becoming federalized through enactment of the No Child Left Behind (NCLB) Act – the 2001 “version” of the 1965 ESEA.

So now, the war on public education is more correctly seen as the standards, testing, accountability, and technology movement led by the education oligarchy.

Lawmakers are continuing on the path of outcome-based education. They don’t seem to care that it has failed! They never considered the original community-based path.

Study the Past: Consider the Future

Consider this, some people would rather not have an alternative offered. I felt under attack during this interview. Listen to part 2 on ESEA on the War Report. 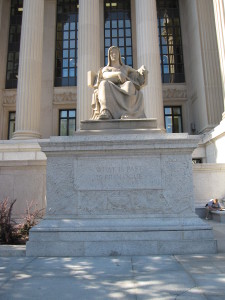 What is Past is Prologue

A difference of opinion or the way a lobbyist keeps his job? You decide.

Then, please listen to the last interview I did before the Every Child Achieves bill was turned into the Every Student Succeeds Act and passed into law.

The original 1965 ESEA (Elementary and Secondary Education Act) seems to be a forgotten and misunderstood piece of our past. Rediscover. And examine the 1966 review of the law by the National advisory Council on the Education of Disadvantaged Children.

Thank you for caring enough to learn more about what most consider a dry subject!