Are Americans sure they want a standardized and privatized system of “public” schools? Does the public understand what is happening?

Dismantling through standardization and privatization. That is what is being done using 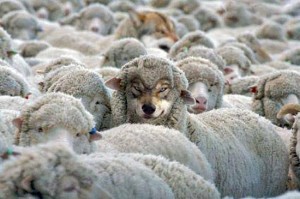 Hard to See. That’s why they call it Hidden Privatization.

the crowbar of outcome-based “reforms.”

Long ago political leaders of both parties began allowing and fostering policies that the arrogant and greedy have used to their advantage and to our detriment. We are allowing a widely recognized destructive and over-reaching federal law —No Child Left Behind (NCLB)—to go unchecked and unchanged. (As of December 2015 the name was changed to the Every Student Succeeds Act – ESSA- but it is still an outcome-based (test-based) federal law.

NCLB celebrated its 12th birthday. It is officially six years overdue for revision—according to its own statute. Why? Is it because Congress can’t get it right, or, is the law doing exactly what it was meant to do?

What we know it did:
1.    Narrowed the curriculum,
2.    Produced cheating scandals,
3.    Gave use data without real results,
4.    Diminished local control and divided communities.

What we know it did NOT do:
1.    Increase accountability for results,
2.    Narrow the achievement gap.

It appears that NCLB also opened the policy door for full standardization and privatization with policies promoted as putting “students first” and the latest new tool for undermining the system — Common Core.

The Idaho task force recommendations* rely heavily on Common Core, the Luna Laws, and outcome-based theory (upon which NCLB was based). R&D – research and development (not Republicans and Democrats) – recommends differently.

*Note: Idaho has its Governor’s “Task Force for Improving Education” putting forth 20 recommendations that the public knows little of in the way of details – but the “preview” is well written. Poised to repeat the mistakes of the past!

*****Double Note for the Nation*****Beware the wolf in sheep’s clothing. Who controls “leadership” and school board “training”? It is in our soon to pass laws – better check yours.

This was originally written for and published in the Idaho Statesman January 30, 2014.

I’m sharing it here because I believe – we must share what we know to be the truth. Also consider, To Privatize or Not to Privatize

And for those brave enough to want to consider the global scale of this, check out Hidden Privatisation. Here’s a one page brief.

Thank you for caring….Now let’s stop this destruction!