What is the surest way to keep the truth from being told about Common Core? Never allow honest debate to take place.

Having been told by others that I would never be invited to the education reform table (let alone a stage), I was shocked on September 16th when I received an e-mail invitation to be part of a panel discussion on the pros and cons of Common Core in Idaho. I immediately responded that I would do it. The secretary seemed pleased that she had found someone.

On October 28th, it was still looking promising…

….and this “event” was turning into a debate rather than a panel discussion. It was going to be moderated by an Idaho public television reporter. There was real potential for educating a large swath of the Idaho population. Even though I have never been in a debate and public appearances does not top my list of favorite things to do, I welcomed the opportunity to help the cause.

Then a message came on October 30th…my “opponent” had backed out.

The organizer still seemed enthused. I submitted my picture and a short biography for the program as instructed. Then on November 8th…my rejection.

The “committee” had reneged on the invitation….but graciously, when I happened to run into the organizer, she offered to include materials in the event package if I wanted to put something together. I began to do just that. It was like staging my own private Idaho debate. But I didn’t get it done in time. 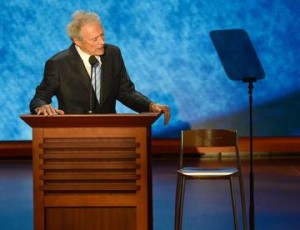 The Boise group never got to hear the “cons” of Common Core. And I got caught up in tracking down the real con artists.

“They” should not be allowed to rule “our” public education system. Yes, unfortunately it has become a “them” versus “us” battle.

We know that education matters. And we are capable of understanding that honesty and fairness counts when it comes to both the educational process and the lawmaking process.

Some of us learned from the mistakes of No Child Left Behind, Common Core, and Race to the Top. Let’s teach those lessons to the public and policymakers.

Let’s make sure that education counts in a big way by actually giving the topic center stage in 2015. To do so, Common Core needs to exit the stage first. It doesn’t deserve the time, energy, and resources it has already consumed.

UPDATE: January 9, 2015 I found it despicable that this advice was given openly while states were being sold on investing in longitudinal data systems for student test data collection and its link to labor systems. Perhaps the committee that pulled their invitation felt this pro-con Common Core debate was too big a forum.

From a Best Practices Brief
Stakeholder Communication Tips from the States http://nces.ed.gov/programs/slds/pdf/best_practices.pdf