It’s good to remember that opinion pieces, such as “The good and bad of all those tests” by Joanna Weiss, are “just” opinions. Technically, so are the words written here except that mountains of documents stand behind this opinion. 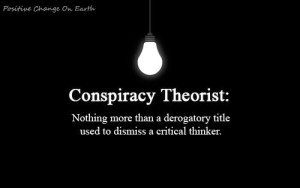 Weiss parrots a familiar tune by evoking the idea of “conspiracy theories” and associating it with the anti “high-stakes testing” movement.  Her words arouse an image of “pitchforks aimed at Common Core.”

Conspiracy? Based on documents produced by those who concocted the Common Core State Standards Initiative, my opinion would be —yes!

The two non-profit, private trade organizations —National Governors Association (NGA) and Council of Chief State School Officers (CCSSO)— conspired with other individuals and groups to set common standards, common tests, and to use the student data collected to produce common educational products in the name of “efficiency.” In their documents, not only are “all those tests” considered products but the development of “human capital” is also. (BenchmarkForSuccess, 2008)

Some groups intimately involved with the rise of Common Core, such as the NewSchools Venture Fund, call themselves “philanthropic venture capitalists.” (Smart Options: Investing the Recovery Funds for Student Success, 2009)

Data is a BIG commodity.

Was there an intention to concentrate and control data at a single point —in the U.S. Department of Education? Yes — the CCSSO wrote that intention in their “new deal” plan for the reauthorization of The Elementary and Secondary Education Act, ESEA, then dubbed “No Child Left Behind.” (ESEA Reauthorization Principles and Recommendations, 2010) (UPDATE NOTE for 2015: Current name is now the Every Student Succeeds Act ESSA/NCLB 2.0)

At Common Core’s immaculate conception — was there an intention to track student data from preschool to the workforce for workforce development purposes? Yes. (State Implementations of Reforms Promoted Under the Recovery Act, 2014)

Was there an intention to attach student “outcomes” to teacher’s data and develop a system of teacher tracking that follows teachers across state lines? Yes — it is in the CCSSO document “Our Responsibility Our Promise_2012.”

At the time, Idaho’s chief education officer, Tom Luna, was president of CCSSO and chaired the committee that produced that document. And Idaho’s Governor Otter later organized a “Task Force for Improving Education” where “group think”—collaboration—led to adoption of the “Our Responsibility, Our Promise” plan, in total !!?!?! 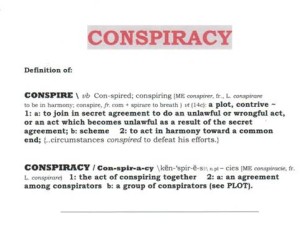 Conspire or collaborate? It’s all in a word. The bottom line is, the Common Core State Standards Initiative is not “just standards.” This is a package deal. It is a well-designed, well-documented plan for training parents, school board members, administrators, teachers, and policy-makers to accept “education reform” that is more focused on workforce development than student development. Opinion?

Joanna Weiss pointed out that “poor districts tend to spend the most time on test prep.” Then she stated “what fuels the conspiracy theories” is a “fear that this new system will harm the students it’s meant to serve.” She then went on to state, “ideally” students that fail the tests “will get the help they need before they graduate.” THAT is the false assumption of the “outcome-based theory” of education reform. Who are the theorists here?

And it is a fact that during the pit of the Great Recession, with school budgets cut deeply, our Recovery Act dollars supported the infrastructure — state longitudinal data systems and other costly technologies — which created the capability to turn our public schools into a full-fledged workforce development system for the global economy. It isn’t a theory. It’s the truth.

Screen shot from a district newsletter.

I am only working to bring this to the public’s attention because I’d like to know, is this America’s choice?

Public schools are grounded in the public’s trust in the institution. We trust people to do their jobs in an honest and transparent manner. My state of Idaho failed in that regard. Under the Luna administrations, due diligence over contracts and agreements were not thorough and transparent. Incompetence or conspiracy? It doesn’t matter. Either way, this is the wrong process upon which to base education reform.

Process matters because trust in the institution of public education is essential.

Unfortunately, Idaho had an over-sized hand in the national politics of education reform because of Mr. Luna’s position in the trade organization, CCSSO. My apologies go out to the nation for Idahoans’ inability to see and rein-in their own chief education officer.

Sadly, the Common Core plot is far from over.

As then Superintendent Luna said, “I am looking forward to playing an instrumental role in shaping the future of public education across Idaho and our nation in the coming years as we work on reauthorizing No Child Left Behind and other critical issues.”

That reauthorization is underway and flying under the radar. (Update 2015: It flew. ESSA replaced NCLB) The process is avoiding the discussions we need to have in order to protect and better serve children, particularly in states that are using corrupted political processes instead of doing what is right for children.

Our laws are “their” tools. That is my informed opinion of the Common Core conspiracy. An opinion of a conspiracy theorist or one person among many that are thinking critically? Please consider digging deeper into the facts before you decide.

3 thoughts on “The Common Core Conspiracy”