What PARENTS Think – About Testing & Their Schools & Teachers

68% of Public School Parents said standardized tests are not helpful.

PDK/Gallup 2014 Question: What do you think are the biggest problems that the public schools of your community must deal with?

36% of Public School Parents said “lack of financial support.” The next highest response to this open-ended question was “difficulty getting good teachers/need more teachers” at 10% followed by “concerns about education standards” and “lack of discipline/use of drugs/fighting & gangs” each ranking with 9% of parents.

PDK/Gallup 2014 Question: In your opinion, who should have the greatest influence in deciding what is taught in the public schools here — the federal government, the state government, or the local school board?

60% of Public School Parents said their local school board should decide what is taught.

PDK/Gallup 2014 Question: Do you have trust and confidence in the men and women who are teaching children in the public schools?

PDK/Gallup 2014 Question: Some states require that teacher evaluations include how well a teacher’s students perform on standardized tests. Do you favor or oppose this requirement?

Note: this was reported as national trend without pulling out “parents.” Now in opposition, 61% of the nation. 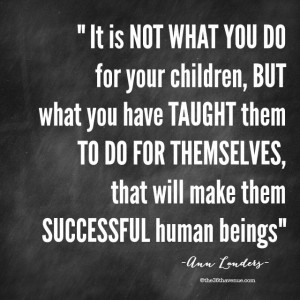 There is more to being a successful human being than the 3R’s.

If parents matter, policymakers will take their desires into account. Be responsible and respective of the parental voice, please.

Read more about What Parents Desire.

4 thoughts on “We Should Care About What PARENTS Think”