“Research” can be defined as a careful investigation to discover facts…and so my Common Core saga began.

Asked if I would write an article about the Common Core standards, I hesitated because, already having boxes full of “standards,” I had purposely avoided stepping into that pile of manure again. But, I agreed to look at the topic closer and if I felt comfortable about my knowledge of the issue, I’d write something.

I began with the original “development team.” I looked deeply at the people deciding who to focus on based on their current title and place of employment. I looked into individuals that obviously worked for the education industry versus those working for public institutions. With 135 members, I had to narrow my search and this is about PUBLIC education, which is based on a public trust.

Six hours after beginning, I stood up from my desk with dry burning eyes and shaky knees.

It is not alright in my mind to have data collection, mining, and information systems specialists that already hold (therefore control) our information for national energy and defense systems to also hold student information and be part of developing “THE” standards upon which the WHOLE public education system will evolve.

AND, too many of these people also sat on boards of directors for the too-big-to-fail financiers. Recall – THEY DID FAIL! These people’s failures wreaked havoc on our lives and they ended up sitting on this “education reform” development team?

I can’t give you the full six hours of findings but here is a sampling.

YOU DECIDE: Developed by a coalition of state governments? NOTE: Those not familiar with the influential in education “reform” might want to follow a map!

Both David and Meredith Liben (who they know?) of Liben Education Consulting, L.L.C. – Student Achievement Partner.

Private Colleges – you want to trace the funding? – 11 represented.

SO, my mild little article was about the power and control of THE Common Core while deep in my core – based on where my own research took me – the only right thing to do is to help #StopCommonCore 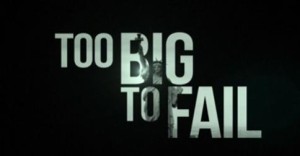 OUR country; OUR schools, too important to let fail.

We never needed THE Common Core to bring back the fostering of critical thinking, better writing, and teaching children how to show their work. We used to do those things before we began marching in the wrong direction.

8 thoughts on “Research Made Me Do It”