Remember The Great Recession? Did you know that, while Main Street was struggling to stay 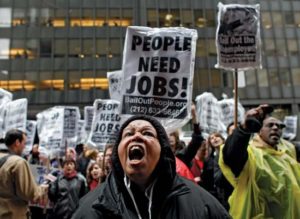 financially alive, there was a group meeting to determine the “smart options” for our schools? These people were smart all right…in looking out for their own self-interests.

Relatively few people knew about this meeting. So it’s understandable that most people did not see Common Core as the weapon of mass destruction that it is. In pursuit of the truth, please read on.

The following is a revised and updated version of a 2014 DailyKOS post. The original details more of the people involved in the plot to take advantage of a hurting nation. …  This is where the Smart Options saga began. … D.C. 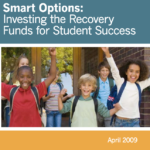 How smart people kicked public schools when they were down.

Washington D.C. is known for its revolving door of political influence. Behind-closed-doors deals are the norm. That made it the perfect place for this group to hatch a blueprint for spending our American Recovery and Reinvestment Act (ARRA) education dollars.

But when this meeting took place in April of 2009, few people were talking about how a common core of standards could be used against public school children. After all, WE were in The Great Recession. And THEY were not feeling our pain.

The fact is that education “reformers,” philanthropic organizations, venture capitalists, and politicians followed the dogma expressed by then Chief of Staff Rahm

Emanuel, “You never let a serious crisis go to waste.”… They didn’t.

And their plan was written up as Smart Options: Investing the Recovery Funds for Student Success. The Bill & Melinda Gates and Eli & Edythe Broad Foundations sponsored the publication (among other things). The Gates influence over education policy is well-known while Eli Broad probably requires a bit of introduction for many.

Eli Broad made his billions mainly through real estate dealings and SunAmerica, which was sold and re-branded as AIG (yes, the same AIG that was too big to fail).

The Broad Foundation focuses on governance of schools, management training of leaders, and hands out generous “prizes” to charter management organizations.

Open the door on this one meeting and you will see how the country was purposely duped into financially supporting the education and technology INDUSTRIES ahead of schools.

Entered —the Core support team — the Coalition for Student Achievement, Aka College and Career-Ready America.

These Smart Options participants set the spending priorities and claimed that if states focused on their collection of “big ideas” the country would see “real educational results” by 2012.

Priority #3  “A meaningful professional teacher evaluation system in every state and school district.”

Priority #4 “By 2012, states and districts should have shut down at least 500 of these [low-performing] schools and replaced them with new, higher-performing schools…including charter schools.” — That is a quote.

Priority #5 “Targeted interventions provided to the students who are at least two years behind academically in reading, writing, and mathematics.”

Priority #1 became Common Core Standards even though the claims of being “evidence-based” were never substantiated. Priorities 2,3, and 4 caused chaos.

It wasn’t just one district that used Recovery funds “inappropriately.” The scenario across the country was money spent on standards, testing, and technology. The statement above is from the largest district in Eli Broad’s backyard, LA. Source: Recovery Act & Chaos.

What about the last priority, helping students?

Usually the devil is in the details. But with this, the specifics were few and the Recovery dollars didn’t materialize into the promised “results.” But, despite Bill Gate’s claim that Common Core failed, it didn’t. The core federal plan did work.

Instead of fully stabilizing funding for schools, the “smart option” became a “race to the top.” The collection of data and establishment of state longitudinal data systems became the core priority. And the core system is close to completion. … How?…

Look at who was at this table set for 40.

The Eli and Edythe Broad Foundation had three foundation employees there. Additionally, there were seven other people who were either graduates of the Broad leadership training, or had a role in governing the Broad training center.

The Bill & Melinda Gates Foundation had four representatives directly from their parent organization. But seated at this table, just about everyone else had connections with Gates. Plus, among those many Gates’ associates were three groups essential to launching the Common Core State Standards Initiative (CCSSI, as Common Core was originally called): 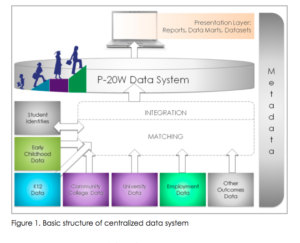 P-20W is Preschool through Workforce.

Council of the Great City Schools: With outreach to 67 of the largest urban districts, they had  received a Gates grant to assist in implementing Common Core.

Student Achievement Partners (Aka Achieve the Core): The lead writers of the Common Core Standards, David Coleman, Susan Pimentel, and Jason Zimba, created this organization. David Coleman represented them at this meeting.

Common Core was central to the plot but a distraction from the bigger issue.

Now, the essential and basic question in need of answering is, after seeing how these people met and planned….

…is this how we should govern the education of America’s children?

Let’s look closer at THEIR process for transforming OUR schools. Here are some of the other smart people AT THE TABLE.

KSA–Plus Communications, Inc. was present for their expertise in providing “education communications and strategic consulting to set education agendas in motion.”

McKinsey & Co. provides services including data analysis and transformation — boasting about having the ability to “drive adoption throughout the organization.”

Last but not least in the area of transformation was Alvarez & Marsal. They are known for “restructuring” and “turnaround” for companies including Enron and the failed Lehman Brothers. “Mavericks” on the ready “when conventional approaches are not enough to activate change,” they promise to “accelerate results through decisive action.”

But for these smart, self-interested dictators of reform to succeed, they needed to dictate education policy. — They needed to direct our public dollars by directing our laws. 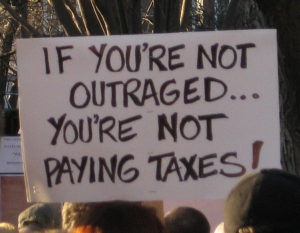 So also in attendance was a representative from Education Counsel LLC with their “track record of forging the kind of partnerships needed to bring about meaningful and systemic change.”

In addition, there were two representatives from Education Sector (Aka American Institutes for Research – AIR), a D.C. non-profit education policy think tank. And as they state on their website;

“The reauthorization of ESEA (No Child Left Behind) is the nexus of all of our K-12 work, including testing, accountability, teacher quality, finance, data, and school choice.”

COMMON CORE STANDARDS provide COMMON DATA. They were never JUST standards. The Core was always about their SYSTEM.

And No Child Left Behind became the Every Student Succeeds Act (ESSA) as planned EXCEPT the name was supposed to be the Every Child Ready for College or Career Act.

Words have been changed but the core principles remain deeply embedded in FEDERAL law. Yet, the selling point for ESSA was the false claim of a return to state and local control. Or by the term “state” did Congress mean the Special Interest State?

Who governs our schools?

Did this system of exchange of COMMON student data evolve “IN A CLIMATE OF TRUST”? For “MUTUAL BENEFITS”?

Are we ready to put our trust in philanthropic venture capitalists to train our teachers, our leaders, and educate our children? Is the public even aware that the private education industry is already doing all these things? And do people know the extent to which children’s data is being gathered and tracked? Do you know why?

Now, do we close the door on what we have allowed to transpire and let the Smart Options dictators proceed with their plan?

Do we turn a blind eye and a deaf ear to OUR public education system and let it become a casualty of the Special Interest State? Do we let it become their human capital development system?

Do we really think this is our smartest option?

2 thoughts on ““Smart Options” & the Revolving Door of Common Core”