Is the 95 percent participation in yearly testing, of all students, in the No Child Left Behind Act (NCLB) justified? We need to know.

Currently a conference committee is putting together a replacement for NCLB ( ESEA reauthorization) but, as it stands, it will continue to mandate yearly standardized testing of all students with the 95 percent participation rate unmistakably emphasized. 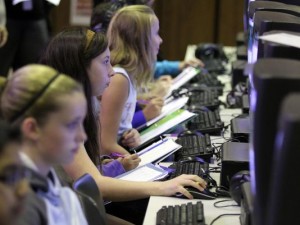 Clearly, I have an opinion about standardized testing but I have been willing to explore other points of view while considering that I could be wrong. So in looking to find official information on the topic, I ran across an article titled “Why We Need 95% of Students to Take Tests.”

As I read it, I became confused.

“begging for their kids to be tested”

After 13 years of data collection under NCLB, does the public know how the data was used and what value it had in school improvement? Maybe the public no longer realizes that the original ESEA (Elementary and Secondary Education Act) intended to help provide a level playing field for children from low-income families.

My schools are schools with a high concentration of such children. I know what I saw in my own district.

“forgotten what happened before participation was required”?

I have not. Before participation in yearly externally developed standardized testing was required by federal law for all children, we were making progress in my schools by focusing on correcting the mistakes that were made with reading and math instruction…for the students, based on those students, and based on individual school differences.

We already knew we had problems and which schools were having the most problems. We didn’t need new standards or new tests to tell us what we already knew.

And we knew we were always going to have a certain number of children with special needs. We always had special testing for that.

“Ensuring that students with disabilities were participating in assessments not only gave parents important data about how their kids were doing compared to their peers, it also guaranteed that school districts were held accountable for their entire student populations, not just the portion that consistently fared well on the tests.”

Ms. Johnson seems to think that the participation of children with disabilities in assessments designed for children without “disabilities” or “special needs” is an overall good thing.

I’m not a specialist on “special needs” and I have a different perspective because of my many years assisting in classrooms. I came to believe that every child has a special need of some kind and learning differences (disabilities) are plentiful in the non-labeled children as well as those with a diagnosis of a more serious nature. So because I recognize how opinionated I am on this topic, I posted Ms. Johnson’s article in hopes of getting some views from educators. Here’s the two that responded:

Larry Lawrence My experience as a district administrator with the California Master Plan for Special Education in the late 70’s and early 80’s was that we had considerably more information about students with special needs than the rest of our students – without subjecting them to inappropriately leveled standardized tests. You only had to sit in on a few IPI (Individualized Prescribed Instruction) conferences to realize the sophistication with which the special education teachers dealt with individual student needs. Of course, we had more adequate funding in those days.

The central claim of “Why We Need 95% of Students to Take Tests” is that unless we administer these national high stakes standardized tests to students with special needs we will not know enough to meet their needs is so off base.

Sheila Resseger I am a retired teacher from the RI School for the Deaf. Ideally students with special learning needs have the full panoply of resources available in their school to diagnose, assess, and monitor their progress. This is what they need and what the IDEA [Individuals with Disabilities Education Act] requires. To force them to be subjected to grade level assessments when their reading level is far below grade level, due to the impact of their disability, is abusive. There is no way to get meaningful “data” from this cruel enterprise. … This makes me crazy.

What I can tell you is that the mandated participation in yearly high-stakes standardized tests never “ensured” that districts were accountable to all students. In districts with limited resources (a real problem), the test results are used to prioritize the students who would be helped…leaving behind those in the non-prioritized categories… or who just didn’t make the cut. A test and sort system?

Ms. Johnson’s commentary is one of a recent barrage of articles (many paid for by astroturf groups) that are obviously aimed at parents in the Opt Out Movement or those considering test refusal. As a supporter of the use of test refusal as a means to a better end for education reform, I am personally offended by this comment,…

“…some are itching to rewind the clock, taking our education system back to a time when some kids—particularly students with disabilities—could easily be shunted to the sidelines.”

My truth, my perception, is based on my experiences. Ms. Johnson’s?…

“The truth is that we can’t protect these kids if the 95% participation threshold is rendered meaningless.”

The truth is, participation in the standards-based testing reform concept has been a meaningless endeavor for my district since our state lawmakers put it into action in 1999 —before the concepts’ federalization in the 2001 NCLB. The same school in my district that had a notoriously poor reputation when I arrived here in 1990 was labeled “In Need of Improvement” under NCLB and now is a “Priority” school under NCLB waivers….Do the math!…. 25 years later, with higher standards and better tests, we have the same results but with an ever-changing label to tell a new generation of parents what earlier generations already knew. 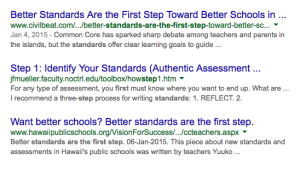 This is how you sell a nation a product NOT how you reform schools.

Participation in yearly standardized testing didn’t change the status of the school because high stakes testing doesn’t help individual children. Standards and testing should not be the first step in a school improvement process.

But “higher” standards and “better” tests have been made priority #1 for school improvement. And the Powers-that-Be have put our dollars on that horse —repeatedly — for the last 25 years.

“Encouraging parents to opt out of tests could undermine the rights of others who fought so hard for their children to be included.”

Undermine the rights of others?

That doesn’t make any sense to me. If parents want their children tested because they don’t trust their teachers or school, or just want another verification of progress, so be it. That is their right to request use of the available public testing resources. They have always had the freedom to make that request.

What gives the government the right to infringe on the rights of other parents who do not need, or see the value in, their child’s time being spent testing? But then it isn’t really the government making this request, is it? 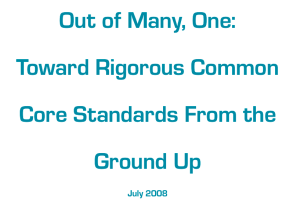 We need to end the lies and deception. We need to be informed. We need to get back to insisting that our government does it job —for US.

One federal role in education is the monitoring of equal educational opportunity.

Student participation in our National Assessment of Educational Progress (NAEP), as done using random sampling, has proven itself over time to be a useful tool for monitoring national progress and in monitoring the achievement gap. But even that data is useless if not adequately analyzed and put into a useful format — for use by the public for improvement purposes.

Where is the clear report card from the president, to parents and the nation, to keep us informed – for federal and state accountability purposes?

“…it would behoove us all to take a quick trip back in the time machine.”

Let’s go back to 1965. Let’s return to the goals of the 1965 Elementary and Secondary Education Act. Let’s rekindle the vision of its creators…..That would be the best first step towards progress in education reform. 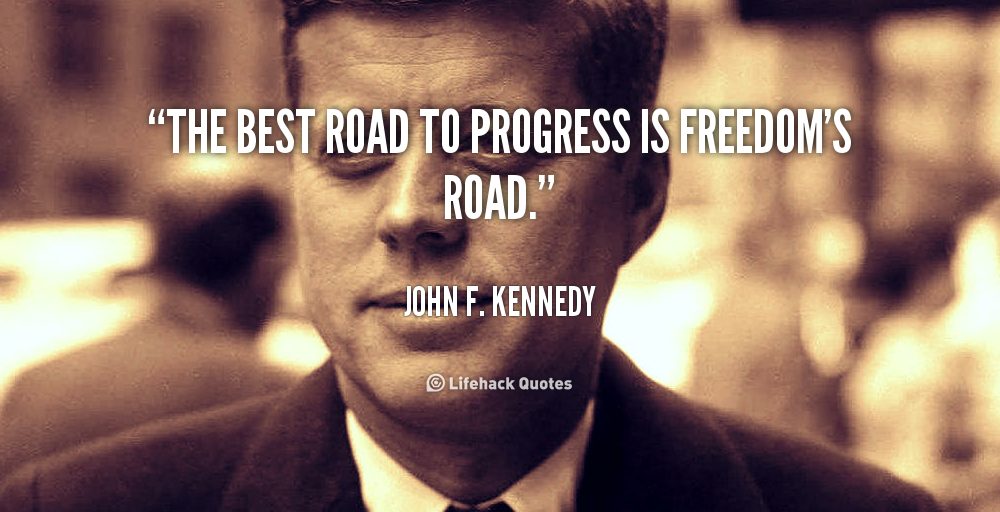 “Education is the keystone in the arch of freedom and progress.” JFK, 1963