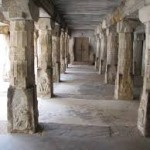 When you hear the word “pillars,” does it invoke an image of strong supports? Who would have thought this innocent but persuasive word would be used against us in the education reform wars?

The four pillars of No Child Left Behind (NCLB) are,

After 14 years, our reality should tell us that they were not pillars of school improvement. The propaganda machine behind NCLB was strong and effective. The wording of the pillars —like the name No Child Left Behind—were only the empty promises of a politically-motivated, greed-driven marketing campaign. 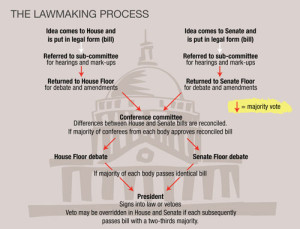 Now we stand poised to have Representative John Kline (R-MN) chair the House-Senate Conference Committee to write the law slated to replace NCLB— if the combined bills once again pass through both houses and the president signs it.

Let the deal making and propaganda flow — in a very controlled manner.

“No Child Left Behind greatly expanded the role of the federal government in public schools in an effort to ensure every student receive equal academic opportunities. The law required states to set academic standards, routinely test student proficiency and report the results.”

You could say the goal sounds noble. But NCLB stood upon the guiding principles (pillars) of “accountability, flexibility, and choice” and clearly used the force of law to require implementation of the reform theory of standards, testing, and public reporting of test results to push a failed reform method that we knew wouldn’t work.

THAT, we don’t hear discussed in the mainstream media.

Instead, the marketing campaign is being rolled out and the media is regurgitating what they are feed.

“The Student Success Act [House version H.R.5] is based upon four pillars – four sound principles upon which I think we can build common ground…”

The sound bites rolled off the tongue. 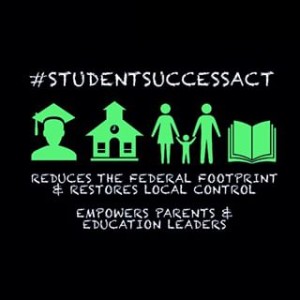 SOLD…. Not so fast. To call these methods “sound principles” just isn’t the truth.

We were promised “freedom/flexibility” —now we are asked to swallow reducing the federal footprint and “local control.”

We were promised “proven methods” — now we think “effective” is better.

We were promised “choice” — now we get “empowerment” because choice has been proven ineffective repeatedly.

We are getting powerful words engrained in our consciousness; they are slogans not solutions.

The Senate version is no better. The Every Child Achieves Act (S.1177) to stands on such a multitude of “pillars” that people must read more than the well-written marketing pieces to know what is in the bill. You have to dig deep. 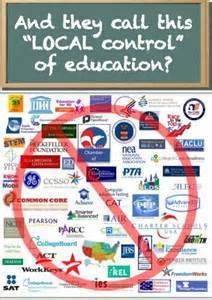 What we do know is that what will come out of the Conference Committee will be a combination of these two bills. Don’t both bills still stand on the principles of test-based accountability and the false promises of local control and choice while sounding as though they uphold the ideal of proven effective methods of reform?

The current pillars of federal education law have been proven to NOT work for America.

Now, the public should be exploring whether or not the underlying “pillars of reform” that No Child Left Behind stood upon will be sufficiently changed by this new law?

Based on what I know of both laws, it’s not likely.

The proposed pillars of The Student Success Act and The Every Child Achieves Act are based on the same guiding principles as No Child Left Behind. Only the words have been changed but the illusion of reform remains the same. There is no proof of effectiveness and the real fight is still against the big money interests already in control of our education dollars.

And don’t believe for a minute that…

“President Barack Obama is unlikely to sign the bill as written when it comes out of committee.”

The deal for him is being sweetened.

And President Obama does not have personal experience with the effects that No Child Left Behind had on children in low-income communities. He didn’t send his children to an under-performing school. He didn’t study the history of education reform or the development of the 1965 Elementary and Secondary Education Act. What are the chances he has had the opportunity to hear and consider the stories people like myself could tell?

If he listens, what is he hearing?

He has not publicly discussed the alternatives that are available. They are more likely unbeknown to him — like they are to the majority of the public.

We are hearing the propaganda; we are not hearing about the true pillars of education reform.

UPDATE: S.1177 was passed with a change of the name to Every Student Succeeds Act (ESSA). President Obama signed it into law….The country remained relatively silent and we are now obediently complying with the law.