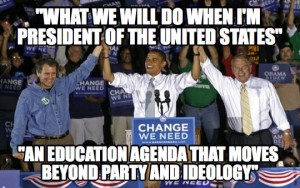 7 thoughts on “Hear Yourself, Mr. President”