How many Americans care about preserving the institution of public education? 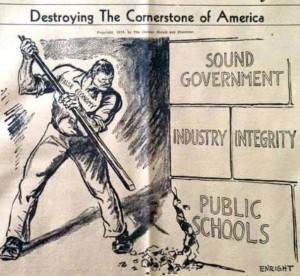 Proof? No Child Left Behind (NCLB) was Introduced in the House by John Boehner on March 22, 2001 and its destruction of public schools has gone on, and on, and on for 14 years — even though its faults were immediately recognized.

Recognition of the major flaw in the laws has not deterred lawmakers, or the education system, from putting detrimental “reform” practices into our schools and system. That is the reality as demonstrated in this September 2001 article by Gary Ratner, Director of Citizens for Effective Schools.

“Its approach— increasing accountability — does not address the fundamental need: providing effective teaching, challenging curriculum and family support for all students.”

…But history shows that approach is wholly inadequate…

…More of the same will not work…”

And Ratner and his organization developed a coalition of other like-minded organizations and individuals. They tried to draw attention to the problems with NCLB and to offer better solutions. One attempt was a full-page open letter to President Bush and Congress.

“The current Act fails to remedy the underlying problem: the need to dramatically improve the level and quality of Industrial Age teaching and family support for the millions of students the system never previously expected to perform well academically.”

Gary’s efforts, and those of many others, have continued. But the thing about Gary Ratner is that he actually organized and presented better ideas to Congress in 2004, wrote a better critique of NCLB than congressional members ever attempted, and even went so far as to take a chance on working with me at the grassroots level. That’s gutsy!

His efforts have been never-ending. Scroll down to the beginning of his news page and see for yourselves the long history of his involvement in this fight.

REALITY: Critical thinking, intelligence, knowledge, persistence,….dare we say “grit”….are what we want to see in American students but we ignore those characteristics in our citizens when it comes to lawmaking.

REALITY: Congress doesn’t give a damn what any of we minions want or what we need in education reform laws.

“No Child Left Behind” failed to live up to its name…period.

After experimenting with the theory of standards, testing, and accountability, or as Parents United for Responsible Education (PURE) wrote, after…

“…experimenting with our children — a whole generation of children, we know we left children behind”… 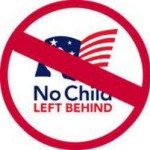 …the reality is, it’s time to STOP.

REALITY: We have never offered quality-learning opportunities to all children. No Child Left Behind only made that reality worse for children in low-income communities because it focused dollars on a standards-based system not on providing what children need in order to be able to take advantage of learning opportunities —when they are offered. Instead, competition created a race for scores. It produced scores without skills and instilled temporary knowledge in students without offering all of them opportunities to apply their knowledge. And NCLB once again proved that enforcement of “higher standards” is not the best first step in school improvement.

So in 2007 as the OFFICIAL deadline for reauthorizing the Elementary and Secondary Education Act (ESEA) approached —when NCLB should have been laid to rest—Ratner continued the effort to draw public attention to the real issues with NCLB.

So what are we doing now?

REALITY: We are pretending to turnover control of school improvement back to the states while insisting we still follow standards, testing, and accountability as the guiding principles for school improvement. We continue to ignore longstanding research on Effective Schools.

Should we expect that anyone in Congress has read and understood Gary Ratner’s attempt to assist in public development of skilled leadership, producing leaders knowledgeable in the common elements of effective schools, or have reviewed the 45 page University of the District of Columbia Law Review article on restructuring this broken law?

REALITY: We have set really, really low expectations for Congress.

Realistically, we are not going to agree with every aspect of any one person’s view. But, there is so much here to work with and, tragically, identifying problems and solving them is not how Congress has approached ESEA reauthorization at all. Congressional representatives —many of whom were in Congress for the signing of NCLB—should be able to explain why the law failed and how what they have now written fixes the problems. They haven’t.

REALITY: They don’t get it, so they can’t get it right.

The children in public schools need the public to support them. They are not represented by Congress. Children can’t win the war against the influential in public education let alone hold the line against those behind the scenes who are the REALLY BIG movers and shakers in the lawmaking process. Those people are the ones that had no qualms about experimenting on the children who became the modern-day Lost Generation. That generation, who are now young adults, are the “product” of both NCLB’s education policy and financial policies that created the deep money pit of the Great Recession. Together, those policies created by Congress undercut the future for our youth.

REALITY: The influential are not looking out for our future.

Will we? We can. #MakeESEAright 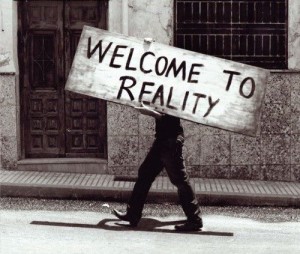 We didn’t get ESEA (The Elementary and Secondary Education Act) right. Knowing the major flaw of NCLB is still the basis of ESSA (The Every Student Succeeds Act), let’s do the right thing and end the era of education reform insanity.