Good questions have been asked. The answers only appear elusive while in reality the answers to “education reform” have been overlooked, forgotten, ignored, and/or buried. And oh so many aspects of reform are misunderstood.

Prompted by Thoughts From a Former KIPP Teacher: Testing, Common Core, and Charters are Myths, I now firmly believe we have got to have a “come-to-Jesus” talk about the standardization movement!

First, is there a need to improve some schools? Yes, the inequality issue is to die for and least we forget, some have! I think we all know that the “gap” between rich and poor & minority is real – common ground that should be a common cause.

So, here is what pulled my trigger today — a misunderstood word —EXPECTATIONS. I tried to at least partially clarify the concept in a short blog many months ago. (Please read)

Today, I shot forward in this article to read something much more disturbing.

“…focusing on standards as one of many means to bolster achievement in high poverty/high minority schools is a way to strive for equity.  Unfortunately, as Diane Ravitch has accurately pointed out, the implementation of the standardization movement over the last 20 years has fallen short.”

Implementation fell short? Yes, but that is not the bigger thing wrong here.

Overlooked, forgotten, or ignored are the Effective Schools Correlates  which seems strange to me given that I very firmly believe the philosophy behind the 1965 Elementary and Secondary Education Act is based on the REAL community education concept which produced the “effective schools” studied by Ronald Edmonds and others.

Why has it gotten forgotten?

The Modern Community Education Movement was shoved to the side of the road and almost completely buried by the Standards Movement that rose to the occasion when the “crisis” in education caught the public’s attention in the 80’s and that movement rolled on unchecked and not questioned enough…even today.

We need to talk about what standards can and can’t do in depth but for the time being, consider this; * effective schools had variable standards*. “Standards” themselves were not the key factor in the high-poverty/high-minority/high-performing schools that were dubbed “effective.” THE standards never deserved THE “focus.”

Why haven’t we talked about all this sooner?

If we had taken more time to analyze data as the Sandia Research Laboratory engineers did in the 90’s, we probably would have put the brakes on and questioned our focus on standards and testing. It might have occurred to us to discuss what we were doing right to produce the National Assessment of Educational Progress math scores that “had been steady for whites and rising for blacks and Hispanics.”

Talk about buried. I called Sandia Laboratories long ago searching for the Sandia Report. I asked them to put the report up on the Internet. I had a nice chat with a young man and we laughed over the fact that surely with the technology, and engineers at Sandia, they could scan the report and get it online. They never got back with me. Instead, I found a summary on micro phish at a private college library and spent some time copying the 50 page summary page by page.

I appreciate the view of the KIPP teacher that wrote the blog about testing, Common Core, equality and the acknowledgement made that No Child Left Behind-like “reforms” drive the focus to test scores. I’m sure for most people it didn’t open a can of worms like it did for me. It is so important, if you want the right answers to lead us forward, that we understand the history of American education. The history is convoluted but the truth, in my humble opinion, is more politically powerful than the politics of reform IF the truth gets a full and honest hearing.

I want to hear what others see as the truth starting with President Obama and Secretary of Education Duncan. How do we make THAT happen?

As John F. Kennedy said at the 1963 Commencement at American University,

“Our problems are manmade; therefore, they can be solved by man.”….or woman!

Community Education results in:
•    A responsive education system and an improved learning climate in the schools;
•    Efficient and cost-effective ways of delivering education and community services;
•    Broad-based community support for schools and other community agencies;
•    An emphasis on special populations, such as at-risk youth and minorities; and
•    Collective action among all educational and community agencies to address quality of life issues.” Written by Minnesota Community Education Association.

Secretary of Education Duncan came into office touting the ideal of community education. What he has failed to see is that it is the only method proven over time to provide sustainable school improvement because done correctly; it will end up incorporating the elements of effective schools in its improvement process.

We all must improve by taking what we have learned and applying it to what we know can bring forth real progress for kids, communities, and our country. 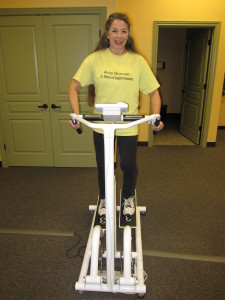 Who Doesn’t Need to Improve?

Mr. Secretary, you don’t have to reinvent; you need to rediscover what you already know. Get back on track to improvement and stay there. Persistence; isn’t that what the president has advised?

I finally put an inscription in my copy of my own book. It’s a reminder to do my best to advance change. Its advice I have tried to follow ever since observing the state of my own community’s schools and coming to the realization that we have a systemic problem. So, since 1999, I’ve been scraping my way up the education food chain trying to improve the public education system. Progress? Not yet.

As happenstance would have it, in reference to the second Obama term, Secretary of Education Duncan has recently stated that “Our basic theory of action is not going to change.” Personally, I feel like I’ve been knocked down again! I believe the American people deserve at least a chance at changing the direction of “reform.” Where’s that conversation? Anyone listening? And what the hell did Secretary Duncan mean by “theory of action”?

I explained one theory of action in chapter 3 (page 24) of The Crucial Voice of the People. I used the National Science Resource Center Theory of Action model. It is based on knowledge of research-based practices. The action part is a theory but its basis is proven best practices. It is not action based on theory. It is action based on science – using knowledge to guide change.

“The truth is that promoting science isn’t just about providing resources—it’s about protecting free and open inquiry,” President-elect Obama said. “It’s about ensuring that facts and evidence are never twisted or obscured by politics or ideology. It’s about listening to what our scientists have to say, even when it’s inconvenient—especially when it’s inconvenient. Because the highest purpose of science is the search for knowledge, truth and a greater understanding of the world around us. That will be my goal as President of the United States—and I could not have a better team to guide me in this work.” December, 2008.

You got a couple of things right back then, Mr. President; it’s about listening. And, we need to search for a greater understanding.

Changing the theory of action upon which we base education reform would be inconvenient; but it’s the right thing to do if we wish to reach our goal.