The latest Marc Tucker publication from the National Center on Education and the Economy (NCEE) is titled “Fixing Our National Accountability System.” I have so many issues with the title alone that it didn’t take long to decide that my responses would obviously require more than one blog.

First the words “Our National.” National means affecting the nation as a whole.

That IS the problem with our current U.S. education accountability law – No Child Left Behind (NCLB). That law put in place a test-based system that affected the whole nation in a negative way – no doubt about it.

Did it then go further and become a “federal” accountability mechanism? “Federal” means a union of states in which members agree to designate a central authority. Did NCLB do that? You bet it did! Our congressmen and women acted – and gave authority to the U.S. Department of Education to execute their law. NCLB is the federal education law of the land controlling the use of high-stakes standardized tests for “accountability” purposes.

And what about the word “accountability.” Mr. Tucker chose to use this definition; “Accountability: The obligation to bear the consequences for failure to perform.”

According to Mr. Tucker, “both Democrats and Republicans were angry with the nations teachers.” That’s how we got NCLB? That was America’s plan?

Teachers were always the target? I don’t think so; there is a much bigger target in “the plan” – but back to defining what Tucker is now talking about (or skirting around).

“Bear the consequences for failure”? To that I’d say, “you first Congress.” Congress should have corrected NCLB in 2007. Congress failed to perform. And it isn’t like there was a shortage of good suggestions that they were urged to act upon – since 2005.

And Mr. Tucker and his entourage have been pulling the strings for years by urging America to make a choice and threatening that it is tough choices or tough times. Consequences? There never will be consequences for all the big thinkers, planners, and propagandists. No responsibility; no consequences; no accountability. 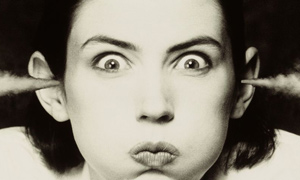 “Mad Woman” found at http://fiftyfourandahalf.files.wordpress.com/2012/05/mad-woman.jpg and in homes across the country!

As far as blogging about “Fixing” this mess created by Congress and the real movers and shakers in D.C., well, it will have to keep for another day. The steam coming out of my ears is fogging up my glasses.

Tough choices? Not for our lawmakers. They never entertained the alternative to the Tucker plan so they had no real choices to make. Tough times? Yes, especially for those of us that had kids in impoverished districts while this cow manure came down on us. 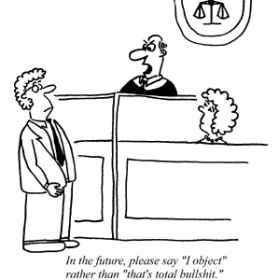 Susan Ohanian can tell you all about the High-Powered Panel that put together and endorsed the 2006 release of another creation from Marc Tucker’s think tank, National Center on Education and the Economy (NCEE). This one was labeled – Tough Choices or Tough Times. Same theory, same plan, new wording.

In “Tough Choices,” a dozen or so problems were identified. Then, the Tucker gang offered 10 steps necessary to development of their system. I’ll just use the first one to demonstrate the problem I see with “the think” coming out of this tank.

Step 1: Assume that we will do the job right the first time.

That is a great statement. Totally agree. Details?

The Tucker Plan: Create a set of Board Examinations based on a set of standards set at the “expectations” that are “no lower than the standards for entering community colleges in the state without remediation.” 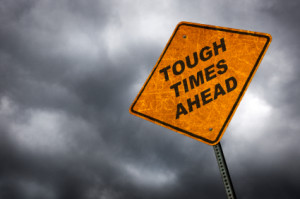 Just a Parent’s Plan (mine): Let’s assume “we must do things right the first time; let’s call it the ‘R rule.’

We must be wiser in choosing how we educate. We are obliged to consider the potential effect our decisions have on children before we put them into action in the classroom. And we have got to receive feedback and take it seriously. It’s time to acknowledge that what we do in first grade sets the stage for the reading, writing, and math skills children need for the rest of their lives. Our actions need to speak to that fact. Mistakes can be devastating” (The Crucial Voice, page 12).

“First grade must be a successful experience for all children. The only way to ensure success ‘happens’ for all is with proper guidance and personalized attention to the learning and developmental needs of the child. That will only be accomplished through exceptional, specially trained teachers in small classes” (page 90).

Tough Choice? For parents, I don’t think so.

What I hope is that our toughest times in education reform are now behind us.