To transform means to change the appearance, character of, or function of.  To reform means to make better. Now, what ARE we doing to our education system?

I saw problems in my local schools and I offered solutions. Is there a high poverty rate in my area? Yes, now 83% free & reduced lunch children. Could the solutions not be accomplished because of poverty? No. And let me give you an example.

When we were in the process of expanding into a brand new school building, our district was going to have empty classrooms. Having helped in first grade classes with 28 students and seen the behavioral distractions that then led to decreased instructional time, decreased personalized attention, and the creation of at-risk students — I didn’t give a damn what research said or didn’t say — it makes good sense to start kids off on the right foot! Race of life and all that, ya know?

So, I did my math and brought a proposal to the school board to decrease only first grade class size; not as an experiment, but because it was the right thing to do at the right time. Before this, limited facilities had always been the excuse for the crowded classrooms. Could we not afford to do it? No, we could at the time. “We” just chose not to. Proposal rejected; no explanation.

Enter what Diane Ravitch in Reign of Error called the “’reform’ agenda including high-stakes testing, test-based accountability, competition, and school choice.” Did these efforts make the public education system better? NO – they are not reforms. Did they change the appearance of the system? YES – it appears more dysfunctional than ever. Did they change the character of schools? YES – much more test-based. Did they change the function of the system? Let me answer using Ravitch’s words here: “What began as a movement for testing and accountability has turned into a privatization movement.” The function of policies and practices did change.

I am a reformer. They have not earned the right nor deserve the privilege to wear that label. Reformers work to make things better, not destroy them.

Call them what they are – TRANSFORMERS.

Transformational change is not the change we need. STOP the Dismantling of the PUBLIC SYSTEM so we may begin to make things better.

Understand what reform is and is not. 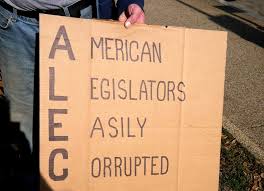