Senator Alexander believes in making “the Bush-era law work.” He stated that, “How well our children are learning is much more important than any political game” but his actions have not matched his rhetoric. 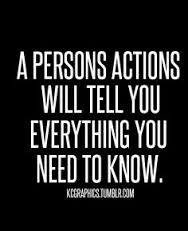 The truth is that education reform has been nothing more than one BIG political game. A major part of Lamar Alexander’s life was spent in the political arena and his vision of reform has affected the education of the nation’s children.

Here’s how the game “worked”; the influential set our course for education reform 32 years ago. The nation’s schools, teachers, parents, and children have taken the brunt of their mistakes while those in power marched on never wavering from their goal despite evidence of their mistakes.

The influential were wrong in theory and in action.

And given his history, Lamar Alexander has to be counted as one of the most influential players in this game. 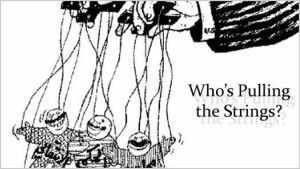 As Secretary of Education, Alexander not only led us in the wrong direction, he also helped put blinders on us. In this politically influential position, he found multiple ways to pull the strings to get the country dancing to his tune.

“America 2000” was unveiled in April 1991 shortly after Alexander replaced Lauro Cavazos as Bush’s education secretary. Alexander was prime architect of the program, which included the proposed creation of national standards and voluntary national tests in English, math, science, history, and geography to be administered in grades 4, 8 and 12.”

“…voucher legislation first prepared in 1992 by Mr. Alexander, as secretary of education in the Bush administration, has been the basis for Mr. Dole’s “opportunity scholarship” proposal in an election in which voters say education is at the top of their agenda.”

And there were things he chose not to do.

Secretary Alexander chose to ignore the Sandia researchers report stating that the idea of school choice is in direct conflict with support for troubled schools.

“In early 1991, the Sandia team prepared a report, asserting that ‘evidence of decline used to justify system-wide reform is based on misinterpretations or misrepresentations of the data.’

The Sandia researchers have been muzzled. The Department of Education complained that the report was biased because ‘data shown are consistently supportive of a picture of U.S. education in a positive light.’ The report, Secretary of Energy James Watkins charged, ‘is a call for complacency at a time when just the opposite is required. The Department of Energy will not permit publication of the study as presently drafted.’ It has still not been released.” From the Myth of Public School Failures, Richard Rothstein, 2001

A nation misled will eventually be lost…unless we self-correct. We have that freedom.

Lamar Alexander has exercised his freedom of choice and executed his political agenda with fidelity while keeping much of the country veiled in ignorance.

“Mr. Alexander, a former governor of Tennessee, became a co-director of Empower America in 1994.”

“…the Washington-based outfit has provided funding, staffing, and organization to help Messrs. Kemp, [former Reagan Secretary of Education] Bennett, and Alexander refine their policy ideas–including school choice and the devolution of federal education programs–and expand their political bases after departing from public office.”

“Empower America plans to continue promoting school choice, and Mr. Alexander is expected to take a lead role….We’re planning on [Mr. Alexander] coming back and being a part of a big school-choice initiative.”

“Bring competition to public education and give kids and parents real opportunity.”

Senator Alexander has managed to dodge explaining the failures of his theories. He has failed to put forth any evidence-based reasons for the federal government (the government of us) to financially support an ideologically driven, market-based, outcome-based, standards-based (test-based) reform law that sponsors privatization of public schools — replacing what once was an anti-poverty law (ESEA). It’s wrong.

The Every Child Achieves Act (S. 1177/ESSA) has it wrong for the very same reasons that No Child Left Behind (NCLB) was wrong. (NOTE: the name was changed to Every Student Succeeds Act ESSA & made into law, Dec. 2015)

Instead of factual reasons why NCLB was so devastating to public schools, Senator Alexander reaches for his standard political game-ball.

“The problem has been that, starting with No Child Left Behind, we’ve created in effect a national school board and Washington has started requiring the standards and that’s created a huge backlash — first with the teachers’ union because they don’t like teacher evaluation from Washington or anywhere else, and second from conservatives who don’t like federal overreach.”

That was dodge ball Lamar Alexander-style.

If the nation wants national standards, who do they want to put in charge of them? The non-profit who currently holds the copyright to the Common Core? The powers that be? Answers Senator Alexander?

Three decades after the plot was set, the plans laid by Alexander and company are coming to fruition. They have convinced a nation (with the help of some of the best marketing firms in the world, plus some deception) that standards and testing are an essential first step in education reform. They’re wrong.

Wrong is wrong no matter how you dress it up, talk it up, or mark it up in law. NCLB/ESSA is wrong and as a nation we’ve been wronged.

Consider this: The influential pulled the strings of government to do their bidding.

“Our guiding principle in the design of a choice system is this: Public authority must be put to use in creating a system that is almost entirely beyond the reach of public authority.”

Please, read that guiding principle again. That is the principle followed by the politically powerful designing our school choice system. We always assumed the game was rigged against us. And it was boldly stated out loud.

So much for ACCOUNTABILITY! This is FLEXIBILITY with our tax dollars to the extreme. CHOICE served up in law all because the country didn’t know the facts and marketers did a number on us.

Wrong is wrong. There is no making this education law right, unless…..we go back to the guiding principles of the Elementary and Secondary Education Act (ESEA)— supporting quality education and equality in opportunity by focusing on the children from low-income families. It’s the only way to make this right.

“Education is the business of the American people.” Francis (Frank) Keppel

We jump in now or let the big players finish the game. You can see how it’s done. Just look at Senator Alexander and the position he is in today —- the vote on his law is coming in the next couple of days. (NOTE: He pushed ESSA into law. Then he dragged Betsy DeVos over the finish-line.) 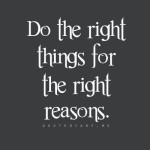 Stop playing follow the leader and take independent actions to hold lawmakers accountable. Make them do the right thing for the right reasons.

(Update: The only way to make this right now is to demand ESEA be reauthorized on time – TARGET 2020. We need federal education law with the right focus.)