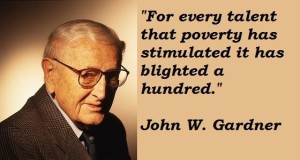 What principles — fundamental truths upon which we act— do we stand upon when judging education laws and practices?

In the 1960’s, the country saw the value in improving the quality of education and believed all children in America deserved access to educational opportunities, equally.

Many understood that civil rights mean citizen’s rights – even our youngest citizens were included in the consideration of equal rights under the law. Thus, the Civil Rights Act of 1964 encouraged desegregation of schools as a means of equalizing opportunity.

Back then, we believed we were capable of delivery on the ideal of equal opportunity, at least to children. And the lawmakers of that time saw a different way, other than forced busing, to do it.

Education law stood on this fundamental truth; it is deemed imperative to put in place within the system the dissemination of “promising educational practices” to better ensure their use.

So the “educational brain trust” in Washington D.C. at that time, including longtime Republican and founder of Common Cause, John W. Gardner – along with other lesser-known people from both political parties – wrote the 1965 Elementary and Secondary Education Act (ESEA).

Title I, the touchstone of ESEA, is a particularly complex idea. The federal funding was for assistance of “children of low-income families.” But the architects of the law understood that it was more than just the low-income children affected by low-income community schools because schools in poverty-ridden areas are “inherently unequal” when compared to schools in more affluent areas —the children in them are disadvantaged. But they also understood that the focus must always stay on meeting the needs of the identified children.

When you add in the other educational supports of ESEA—material resources, additional applicable services, proven practices, teacher and counselor development, and training to develop responsive state leadership—you do improve the quality of education for all but it begins with addressing a known disadvantage, poverty.

But with each reauthorization of ESEA, the law was modified further and further from its original focus – disadvantaged children living in poorer communities.

Today, I’m not sure that we stand on the ideal of equal opportunity at all. I’m not sure we understand what equal educational opportunity means. I don’t think the country has any vision for what that concept might look like, or, mean for them, or, its importance for the United States.

Part 8 of ten blogs on The Road to Educational Quality and Equality that started with The March Begins.