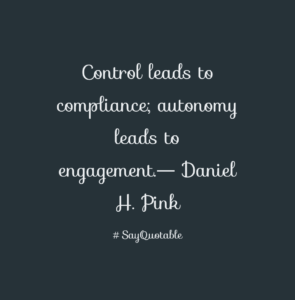 And just because lawmakers say they are giving “autonomy” to states and local schools doesn’t make it so.

Why comply with the Every Student Succeeds Act (ESSA) when it is as bad as the law it replaced — No Child Left Behind (NCLB) ? Worse really.

Most teachers feel they must comply. Most parents don’t know what the law does. The general taxpaying public? They should care. Billions have been wasted in the false promises of reforms.

I’m part of the general public. The “why comply” question began to plague me because I saw with my own eyes and heard with my own ears how compliance with the ESSA requirement for “meaningful” consultation with parents was not at all meaningful.

This teacher clarifies what happened when we complied with NCLB. We knew it had “unintended consequences” by year five of its existence. It did harm without doing what it promised. But we kept on complying for another decade. Why?

Here’s the problem: ESSA still contains everything that made NCLB a law detrimental to the education of disadvantaged children. Plus it is a federal law designed to defund existing public schools.

Is the promise of ESSA to “restore local control, and empower parents” really what it does? 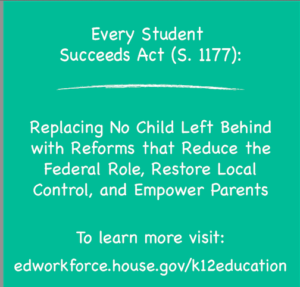 This is how the House of Representatives presented this law to the public. Truth?

Well? We hear more about state control, don’t we? And as many know, state lawmakers have been a cheap date for organizations like ALEC (American Legislative Exchange Council).

I would love to avoid being critical of my state, but I’m watching the same scenario unfold as I did with NCLB.

Why comply with NCLB’s “replacement” when it is based on the same failed theory? Lessons learned?

“What NCLB has demonstrated, 15 years in, is something policymakers already knew—that standardized test scores are strongly correlated with a student’s family income.” 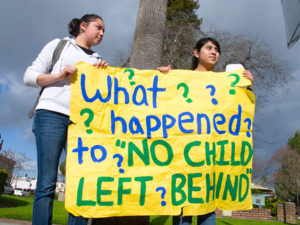 Well, here’s how the NCLB replacement law, ESSA, rolled out in my state.

At an early November (2016) meeting here in Idaho, the first draft of our ESSA State Plan was presented. With “meaningful consultation” with stakeholders about the state plan being part of ESSA, the compliance recommendation was met — in theory.

The word “meaningful” is used abundantly in the law. Among other things, ESSA promises “meaningful choice” to parents, “meaningful parent and family involvement,” “meaningful communication between family members and school staff,” and “meaningful teacher leadership.” You get the idea.

But eleven months after the passage of the new law, the draft of our state plan did not have even ONE INDICATOR of school quality decided. So, how meaningful could the meeting be? Isn’t input about school quality what most parents would like to voice?

But does it matter what the state presented “to stakeholders”? Other than teachers and administrators who happen to also be parents, how many parents attend these meetings? This particular meeting was in a school in my district that was designated under NCLB as “Needs Improvement,” and under the NCLB Waivers and now ESSA as a “Focus” or “Priority” school.

If there was to be meaningful involvement concerning school improvement issues, this should have been the place.

But meaningful parental involvement in a “reform” planning process doesn’t happen when you don’t give notice of the meeting, don’t have anything relevant for parents to comment on, and don’t give a presentation that is substantive. And when you schedule more meetings to occur over the holidays, a meaningful contribution by regular-ole parents is highly unlikely.

Truth is, parental input in my state has historically been selective.

How Compliance Eats Up Time and Money

Those of us attending this meeting were told that the Idaho State Department of Education took the first three months to read and translate the law.

We were told that from the time we adopted Idaho Core Standards (Common Core Standards) to the development of the assessments that correspond to those standards was 18 months.

Can’t we see how much time and money has been wasted on new standards and tests to give us a correlation to family income?

Then, to add salt to my open wounds, a young state department of education employee stated,

Hello! THAT’s right! And that is one problem with computer-adaptive standardized tests. Remember, the promise was local control. Testing corporations are not “local” for most of us.

The local curriculum —what and how things are taught in the classroom— is not under local control. There is no meaningful consultation with parents. Parents have no clue what their children are being taught through the tests…..no matter what the “high” standards say.

So in Idaho’s plan, our assessments stay the same as they were under No Child Left Behind… with the addition of computer adaptive tests. Like them or not, parents comply regardless of how those tests are affecting their children. Or are parents not aware of the problems?

“One thing is certain: When policy makers and school administrators
are basing more and more high stakes decisions on the results from assessments, we are obligated to explore and find a solution to the growing problem of test anxiety for all modes of testing administration.”

Plus, we were told at this local ESSA meeting that assessment scores for math, reading, and language arts would be heavily weighted in our new accountability plan. The new plan is just like the joke that was NCLB “accountability.”

Can it get worse?

The danger? Federally funded, state “controlled” corruption. (So much for accountability.)

And this law continues to pretend to be a “reform” law. It’s standards-based (not standards guided) — revolving around “challenging” State academic standards. It still requires annual standardized testing based on those “challenging” standards. Therefore, this continues to be an outcome-based system exactly like NCLB but using different language.

ESSA puts test scores ahead of children’s learning needs. This is the opposite of the anti-poverty law it used to be.

So, the bulk of our federal education money is going towards standards, assessments, data-collecting technology, accountability systems, and “choice.” ESSA stands upon the principles of NCLB and the direction set by the National Governors Association back in 1988 (credit Lamar Alexander, Bill Clinton, and many others). 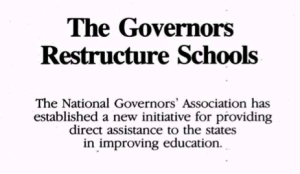 1988 – Restructuring schools (dismantling) was really the first step in restructuring public schools for use in the “knowledge economy.”

And all over the country, good people are trying to make a bad law “work” just like they did under NCLB. They comply.

Never mind that the 15-year experiment called No Child Left Behind produced overwhelming evident that how “high”, “challenging”, or “rigorous” the standards are has little correlation to student achievement. Yet we comply.

How can we even say with a straight face that we require “evidence-based” programs for education reform? The law itself isn’t based on evidence. It goes against the evidence.

Why not #Resist bad law? Why not take over the Quiet Revolution with our own #PublicEdRevolution ? 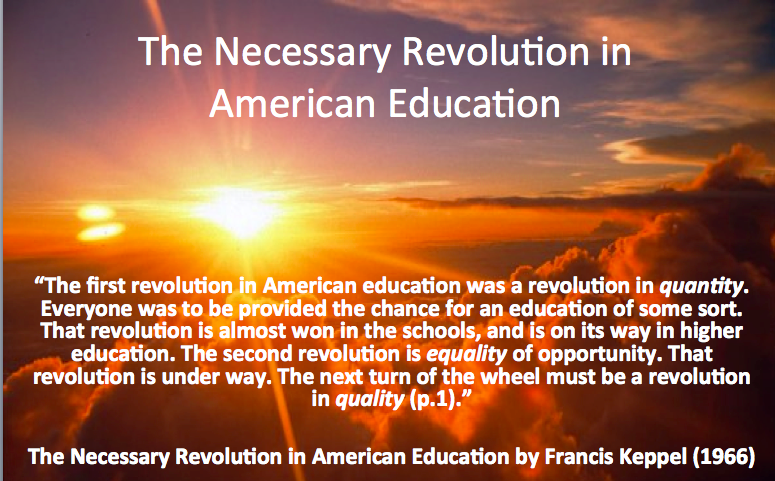 Our schools; our rules?