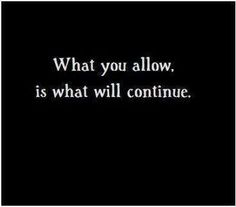 “The nation is clearly no longer content with mediocrity, with just ‘getting by.’ It is demanding excellent education for all. Quality education has come to imply integration, for a white child taught in isolation is a deprived child. It implies an end to the double standard in education, a double standard that gives high-quality schooling to students in exclusive suburbs and inferior schooling to children in slums, that gives preference to some states over others.” —Francis (Frank) Keppel, architect of the 1965 Elementary and Secondary Education Act (ESEA)

In the battle for access to quality learning opportunities, discrimination runs the gamut.

As this young man explains in Academic Imperialism…

“Less conspicuous is the soft bigotry of educational ‘norming,’ that operates on the false binary of achievement and its diametric opposite of under-achievement….

When fourth-grade reading scores are paramount to forecasting prison matriculates, the social fabric is not only torn but also seismic shifted from protecting vulnerable members of our society, ….

If the idyllic version of community-centric schools is an expression of social inclusion of knowledge, then youth incarceration represents the symbiotic underside of social exclusion.”

How is it we have not found the will to address the issues so poetically articulated here?

“To follow historical trends, colonization is a magician that erases student identities and self-interest without the reciprocal chains of transcontinental slavery. It’s legacy still lives in today’s standards of high achievement…

The subtext of colonization is always ownership and representation. Whose veritable voice continues to echo throughout history but fails to reach the curriculum that serves its offspring? This is the soft bigotry of hidden curriculum.”

Very plainly stated, in The Crucial Voice,…Now would be a good time to consider the view of M. R. Olneck that, in addition to inputs and outputs, ‘two other concepts may serve as the basis for judgments about equal opportunity: representation and participation.’ We must have ‘participation in the process to have our ideas about what successful schooling is and how it should be judged represented . . .. In the absence of equal representation and participation, unequal outcomes are likely to persist since the terms of success are dictated by dominant groups’ (Gamoran, A., and D. A. Long. Equality of Educational Opportunity: A 40-Year Retrospective. Wisconsin Center for Education Research, December, 2006, p17).

IS it unreasonable to expect representation and participation in deciding how to judge equality of opportunity in our schools? This isn’t just about tests. This is about people deciding what success looks like for children. It isn’t all measurable.

And when it is clearly recognized that standardized tests don’t measure the quality of education and that tests are biased, why don’t we demand representation and participation when it comes to deciding what constituents student success and equal opportunity? 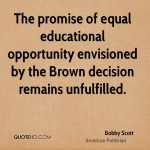 In 1991, researchers acknowledged that this very issue of consensus would be a problem for America. But we never discussed or acknowledged it to be a problem. The only thing on this list that we have 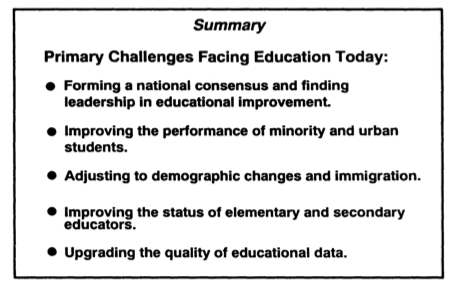 Perspectives on Education in America, Summary from the Sandia Report, 1993.

addressed is data and really went overboard with it!

But let’s look at the BIGGEST double standard in our education reform process — federal education law.

We people have been taught that ignorance of the law is no excuse.

Both Congress and President Obama need to be called-out on this one! Do they not know what the aim, purposes, and reasons for the titles of the original Elementary and Secondary Education Act (ESEA) were? Their ignorance of this law is no excuse for perpetuating the pretense of reform set by No Child Left Behind and its “accountability, flexibility, and choice.”

There is a fix for ignorance; it’s called education.

Is it the pretense of reform set by free-market competition?

When competition for dollars splits us into groups each groping for a share of the pie, we lose sight of the real meaning of fairness. Each time we set up a public school education “program” that is not strictly aimed at meeting individual children’s needs, we are setting up a practice that will potentially discriminate. In these ways, we become divided in the quest for quality learning opportunities for all children in America.

“Equality, in the American sense of the word, is not an end but a beginning. It means that, so far as the state can do it, all children shall start in the race of life on an even line. The chief agency for this purpose is the public school system.”—Edwin E. Slosson

How about soft bigotry?

How about calling your Senator before the July 7th vote on the Every Child Achieves Act (S.1177) and simply telling them to vote NO. Their version only continues the mindset that we obtain quality education for all through “accountability, flexibility, and choice.” After following that belief for 13 years, we know it isn’t true.

If this nation cares about poverty-stricken children getting a fair shot, this law is one avenue through which to do it. But neither the House Student Success Act nor the Senate Every Child Achieves Act has the original aim in mind.

Update: the wrong aim continues under the Every Student Succeeds Act (ESSA).

We ask for common sense to be used. We seek common ground. Most of us have a need to be part of a community; we search for commonality with someone.

The word “common” has a softly seductive appeal that brings to mind a sense of belonging as though we are sharing something of value.

Some of us can’t help but see patterns common to our still-fresh experience with state standards and No Child Left Behind. As standards were demanded as part of an accountability scheme, children were put in harms way in an unprecedented experiment in education reform.

If the child didn’t fit the standards and how they were being implemented, many parents and grandparents opted to teach the children how they knew better fit their needs. I know I did, as did others I know who hired tutors or entered their kids in “programs” to fill the gaps.

The standardized tests can never ferret out the effects of our actions giving the appearance that the standards “worked.”

There is no doubt that the practice of re-teaching or supplementing was done during the first thrusts of the test-based accountability experiment and it is being done again with The Core. As one anonymous parent put it, ” At times my son was very confused by what was going on – so I taught him myself. While the schools probably assume that his level of mastery is due to the teaching and books, the truth is far different. I am sure I am not the only case where parents supplement their kid’s education.” JRM (Huffington Post article Oct. 11)

How can we possible judge a system, a school, or a teacher based on this?

The sell job of outcome-based accountability was in the wording: want “better student outcomes,” “higher achievement,” to “leave no child behind,” like the idea of “accountability, flexibility, and choice”? …yes, yes, yes, yes.

Now, a return of some of what was taken away by Round One — critical thinking and writing through more project-based activities — is the commonsense carrot enticing us to swallow the whole Core National Curriculum.

Billed as “new” and “unique,” The Core is neither. Promising to bring “success” and make students “college and career ready,” it is more certain to sell new curriculum materials, new tests, and new remedial materials and programs when students “fail” the tests…and the pattern continues.

Parents, if you are “supplementing” your child’s education, your child in particular should be opted out of the testing. If this national experiment is to go forward, it should be based on an honest evaluation.

My own opinion — for what it is worth — at The Core of this issue is not our agreed need for some commonality of knowledge; at The Core is conformity.

Narrowing of the curriculum was no little glitch. Unintended in Round One; no doubt foreseeable in Round Two.

“…conformity is the jailer of freedom and the enemy of growth.” JFK

As people, we fail when we react to words rather than trying to understand what is meant by them.

Sometimes it is good to start with a blank slate.

Business, political, educational, and civil rights leaders jumped on the idea that outcomes in the form of test scores were the way to go for education reform partially because the words made the idea sound good – “close the achievement gap.”

The idea was sold to the public, and many, many very intelligent people bought it. The end result was the federal testing law called No Child Left Behind.

Achievement, judged by standardized tests, is the basis of the “accountability” mechanism that has yet to hold the system itself accountable for the high cost and little results of the last eleven years—let alone the damage. “Flexibility” disappeared from classrooms whose children most needed it, and “choice” didn’t leave many options for improving all schools.

During this whole fiasco, we failed to keep an open mind that would allow us to accept the evidence and our mistakes. Denial is a human defense mechanism. But it is time for adults to put aside their own stance and do the right thing — admit that testing is not what improves schools.

Our education dollars, time, and efforts will be better spent developing an understanding of school improvement and what it will take to fulfill our obligation to provide equal access to quality education; setting excellence as the norm, understanding change, the importance of school culture in the change process, and how change can lead to improvement and lasting progress.

But who is asking us? Certainly not open-minded people ready to hear and accept solutions.

To all those who were wrong; do the honorable thing, accept your failure, and open your mind.

To all those wanting to help the effort to do the right thing for public school children, share this with someone outside your circle of like-minded associates. Start a conversation. 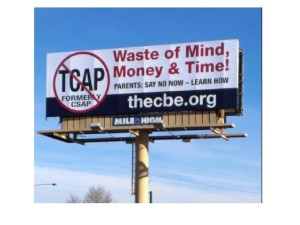