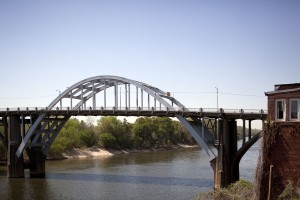 Part 5 of ten blogs on The Road to Educational Quality and Equality that started with The March Begins.

The importance of in-school and out-of-school factors on student achievement continues to be a point of debate just as it was back in the time when the 1966 Coleman Report was first interpreted, widely quoted, and used by people to justify their predetermined arguments.

Spurred on by this controversy, searching for answers, and increasingly convinced that “the characteristics of schools are an important determinant of academic achievement,” school effectiveness researchers in the 70’s and 80’s were studying schools where minority and low socioeconomic status students were achieving at higher rates than expected and the “achievement gap” was narrowing. These schools were labeled “effective” and researchers concluded that effective schools had “essential” characteristics common to all; they called them “correlates.”

1) the principal’s leadership and attention to the quality of instruction;
2) a pervasive and broadly understood instructional focus;
3) an orderly, safe climate conducive to teaching and learning;
4) teacher behaviors that convey the expectation that all students are expected to obtain at least minimal mastery; and
5) the use of measures of pupil achievement as the basis for program evaluation.”

Edmonds also noted that when it came to the common characteristics of the school improvement “programs” that were used in these schools, they all saw the local school as the focus of analysis and intervention; they all assumed all children to be educable; and all focused their design on more efficient use of existing resources.

In my research of the people who were influential in forming the prevailing philosophy of education reform leading up to Edmonds’ work, I concluded that “effective schools” were schools that were following the “community education concept.”

In-school, out-of-school, or a combo? Think about it.

Part 3 of ten blogs on The Road to Educational Quality and Equality that started with The March Begins.