Historically, Memorial Day honored those who died in the Civil War. But the meaning of the words “remember the fallen” has expanded over time as more and more fell. 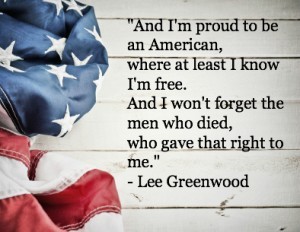 Growing up in a small town where both my parents were born and raised, Memorial Day was a big deal. We all went up to the cemetery and visited the grave-sites of our family members. It was a time to remember all those who had died. Many were veterans. All were Americans who at some point in their lives had made some sacrifice, large or small, for their country. Perhaps this was true because it was a special moment in time in our country’s history.

In those days, the members of the family that had not served directly in the military were still active on the home front working in the factories, writing letters of support to the troops, sending care packages and buying war bonds. Just history?

In this era, World War I and Korean War veterans who had given their lives still had family who remembered them. And World War II survivors, just like my father now, continued to give to support other veterans including those of the many wars that followed.

There was something that everyone could do in the cause for freedom. Has that really changed?

From our Declaration of Independence to the long and continuing march for equal treatment under the law, many have fallen in the crusade for freedom and equality. Many were not in the military.

Military might alone cannot sustain a free people. We must also fight to maintain the ideals of freedom within our own people through traditions and education.

With the United States being a unique blend of political ideologies – a representative democracy – a republic based on democratic ideals, it is a shame that politics has tainted the word “democracy”; but it has. In some political circles its use turns people off as if the speaker doesn’t understand that the U.S. is a republic. What John Dewey meant by his use of the word “democracy,” I can’t say for sure but his statement fits our needs non-the-less.

“Democracy must be consciously promoted and transmitted to each new generation. The freedom of a democratic society enables the school to promote greater democracy and the society to improve education.”

Regrettably, we have allowed our education policies to “narrow the curriculum” and then we scratched our heads in wonder when we realized civics education has been lacking.

“With its focus on professional skills and the know-how to pass state tests, the U.S. educational system is falling down on its job to help young people become vital members of society.”  Professor William Damon

Falling down on the job — for how many generations?

The battles for freedom will be never-ending. What we should be very worried about are the Lost Generations we created. Now, they need all of us to do our part to better prepare them for the battles ahead. We need to ensure the foundations of freedom are solid for the next generations to stand upon. Make this day mean something more than a holiday. 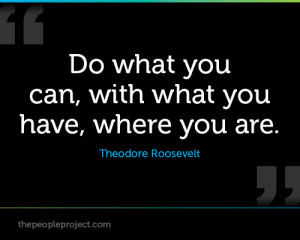 On Memorial Day, which of the fallen will you choose to remember?

Because  I happened to watch the movie “Selma” last night, I’m remembering the many fallen in that battle for freedom. 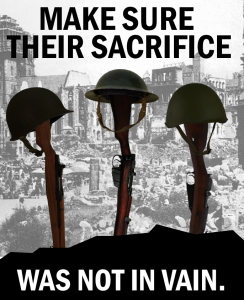 Remember All the Fallen