Test refusal is an act of civil disobedience.

52 years ago today, Martin Luther King, Jr. explained the chain of events that typically leads to civil disobedience and the reasons it must occur. 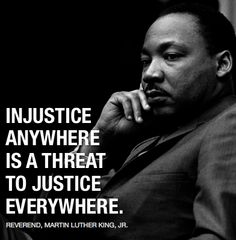 Civil disobedience landed MLK in the Birmingham jail where he penned these words on April 16, 1963.

“IN ANY nonviolent campaign there are four basic steps: collection of the facts to determine whether injustices are alive, negotiation, self-purification, and direct action.”

The United Opt Out Movement is a campaign to, among other things, end high-stakes testing that has been firmly embedded in public schools through the No Child Left Behind law.. (and now continues with the Every Student Succeeds Act)…

As Dr. King explained it:

Over-emphasis on standardized tests’ importance, their over-administration, and the inappropriate uses of standardized tests have made children, teachers, whole schools and districts feel inferior — most falsely so since these narrowly focused, single-point-in-time tests cannot accurately judge the quality of education nor diagnose an underlying condition with any accuracy. It’s like taking a temperature, blood pressure reading, or monitoring thyroid levels; they can change simply based on the time of day.

Step 1 in the campaign: Facts on testing and No Child Left Behind are clear. Research and time has verified the truth.

I’ll never forget being in a meeting of the Idaho Assessment and Accountability Commission and hearing person-after-person get up and testify to the absurdity of the test-based (outcome-based) mechanism of “accountability” that was about to go forward. The words “we are headed for a train wreck” still echo in my mind. Well, we are there.

Step 2 in the campaign: Negotiations were attempted repeatedly at the local, state, and federal levels.

And throughout the years, multitudes of people scattered across the country, separated by distance, differing ideologies, political party affiliation, socioeconomic stature, race, and a whole host of issues including the divisive topic of how to “fix” schools all continued trying to derail the standardization and privatization of our institution of public education.

“We realized that we were the victims of a broken promise.”…

“We did not move irresponsibly into direct action.”

Many made the determination that it was going to take a personal sacrifice of time and money to move forward. That is self-purification — acknowledging that personal sacrifices are needed for the sake of progress.

Step 3 in the campaign: Self-purification occurred knowingly and unknowingly as many of us gave our time, energy, and money to make the Save Our Schools March happen.

And that has led us to Step 4 in the campaign: Direct Action

How will “opting out” work?

“Nonviolent direct action seeks to create such a crisis and establish such creative tension that a community that has consistently refused to negotiate is forced to confront the issue.”

It is those “bogged down in the tragic attempt to live in monologue rather than dialogue” that have oppressed those wishing to move the efforts of education reform to focus on what is best for children and what child need us to do to ensure they have been provided with quality learning opportunities that fit their individual needs.

Martin Luther King saw others “smothering in an airtight cage of poverty in the midst of an affluent society” and knew it was morally wrong to turn away. We must face that same problem now.

We are left “with no other alternative.” The time is right for civil disobedient in the education reform arena. Test refusal is one tool.