Who is Leading Leadership Training?

The demand for higher scores has pushed the perceived need for charters, vouchers, higher standards, better tests, and longitudinal data systems to track every student and teacher. And when these pseudo-reforms fail to improve our lowest-performing schools, closure of schools and redistribution of students into the marketplace is presently called “a reform.” And leaders have been privately trained in these pseudo-reform methods. There is even a school closure manual to follow!

Working from “inside” of education is Marc Tucker’s for-profit NISL. (Note:since changed to “non-profit”) Tucker is a former Carnegie Corporation employee and current president of the D.C. think-tank the “National” Center on Education and the Economy (NCEE). 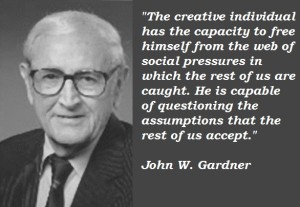 This draft is a detailed plan to develop school leadership aimed at strengthening and improving the public education system while addressing one root cause of the existing problem of unequal access to quality education – state and local leadership “capacity.” Developing leadership capacity is a responsibility that must be met.

The country is in a position to build leadership capacity. With ESEA reauthorization required ever five to six years, we have the opportunity to choose an alternative to the direction we have been going for the last 30 years.