“Zombie ideas … are policy ideas that keep being killed by evidence, but nonetheless shamble relentlessly forward, essentially because they suit a political agenda.” Paul Krugman

Exactly! … Policymakers have been using zombie ideas to dismantle, transform, and restructure the public education system. But there is a mountain of evidence that the zombie ideas in No Child Left Behind didn’t show any appreciable improvement in student achievement. So why not end the zombie invasion killing our public schools, now? 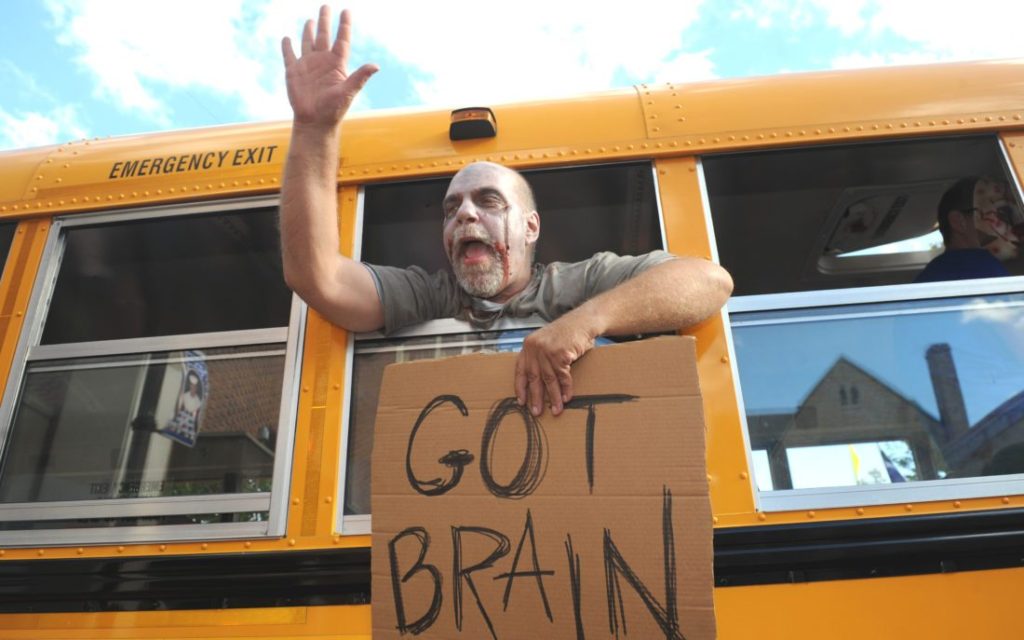 Zombie ideas are hard to kill because they have already been killed by evidence! Mirror photo by Gary M. Baranec

The test-based, metric-driven accountability of the No Child Left Behind (NCLB) law is based on a political agenda, not proven education reforms. Now, NCLB is called the Every Student Succeeds Act (ESSA) but the same policy ideas and political agenda remain in place. The same detrimental consequences persist because the aim and purpose of the law did not change.

Solórzano (2008) found that the results of high-stakes tests used as a high school diploma requirement “show quite clearly that Blacks and Latinos (and English Language Learners) are disproportionately failing them, whether enrolled in Texas, New York, California, or Minnesota” (p. 312).

He goes on to say that students who do poorly on these exams “are viewed as the problem; they are retained, tracked, or denied graduation” (p. 316) and cites several sources for this statement.

Then, comes the most logical and obvious, yet often negated fact of this matter: “They are held solely responsible for their grades, when in fact, they may not have had equal chance of learning because of the unequal resources and opportunities at their disposal at their school site” (p. 316).

The policy of high-stakes testing that has led to multiple incorrect, unethical, and detrimental uses of test results is just one example of a zombie idea that needs to die —permanently.

Choice and competition are market-based ideas whose theories have been applied to public education to transform and restructure our public system into a privatized system. So based on the idea of school choice as a reform, researchers** examined student achievement under this Market Theory  — with the demand side being “school choosers” and the supply side being schools. They did so while also cautioning that psychologists are well aware of the effect of “choice.”

Theory On the Demand Side:

“The simple act of choosing a school then might contribute to a family’s satisfaction with that school.”

Theory On the Supply Side:

“Decentralized decision-making itself might be beneficial to students. … This local control could lead to more efficient, locally appropriate use of resources, better alignment and camaraderie among the school personnel, and improved responsiveness to opportunities and challenges.”

“While there are isolated (and sometimes very impressive) success stories, school choice reforms have not proven to be unambiguously effective on the whole.”

Charter or Voucher: It Doesn’t Matter

“Much like the charter school literature, the literature on private school vouchers does not conclusively link the use of vouchers to improved academic performance.”

“While most principals report competing for students, few report that they compete by making curricular or instructional changes that might appeal to parents. Instead, they are considerably more likely to report competing through outreach and advertisement.”

Choice and competition are zombie ideas that increase return on investment to the education industry — and the cottage industries of marketing, data analysis, and advertising. School choice is not a systemic reform. It is a market theory that doesn’t tackle the solutions we should focus on — those that strengthen and improve educational quality and opportunity FOR ALL CHILDREN.

Rising from the Depths of the Swamp: More Zombies or Real Reform?

While the political agenda behind the zombie ideas focuses the nation’s attention on “outputs,” the idea of focusing reforms on “inputs” keeps getting buried alive. Even though it is logical and obvious that learning requires specific inputs, that poorer communities have fewer resources, and that the schools that struggle to provide better education are located in areas of concentrated poverty — our laws remain fixed on Outcome-Based (output) Theory.

Yes, it is true. Once upon a time America saw educating its youth as a public service. We were going to set a quality standard for delivering that service. While we still hear the phrase “Opportunity-to-Learn Standards,” those pushing their political agenda to privatize the system kill that conversation. Their actions say they don’t care about all the nation’s children. If those in power really cared, they would have pushed for “service delivery standards” to support local school improvements.

Instead of bad policy ideas being killed by evidence, those with a political agenda are killing the public education system. 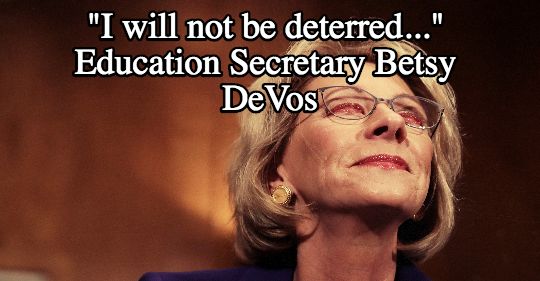 Zombies are hard to kill because they are already dead. But it seems to be common knowledge that to kill a zombie you must destroy its brain.

These zombie reform ideas —high-stakes testing, metric-driven centralized accountability, competition through charters and vouchers — don’t die because they serve a political agenda. It is the “brains of the operation” that we must expose and politically destroy.

**Loeb, S., Valant, J., Kasman, M., Increasing Choice in the Market for Schools: Recent Reforms and their Effects on Student Achievement. Forum on the Education Reform in an Era of Fiscal Imbalance. National Tax Journal, March 2011, 64 (1), 141–164.