How do we rebuild what has been so badly damaged?

“Promote then, as an object of primary importance, institutions for the general diffusion of knowledge. In proportion as the structure of a government gives force to public opinion, it is essential that public opinion should be enlightened.”  George Washington, Farewell Address

And Abraham Lincoln demonstrated presidential leadership in signing the Morrill Act. It promoted “the liberal and practical education of the industrial classes in several pursuits and professions of life.” This set the foundation for the land-grant college system, our agricultural experiment stations, and extension (diffusion) of practical research-based information. 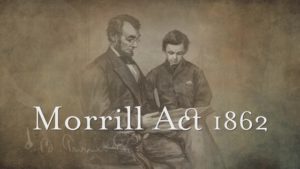 How do we grow a nation?

Lincoln’s belief: “The legitimate object of government is ‘to do for the people what needs to be done, but which they can not, by individual effort, do at all, or do so well, for themselves’.”

A hundred years later, lawmakers recognized the need to maintain the integrity of educational research by using public institutions of higher learning. The educational visionaries of the time wrote the 1965 Elementary and Secondary Education Act. And John F. Kennedy clearly expressed the role of the federal government.

“A century of experience with land-grant colleges has demonstrated that Federal financial participation can assist educational progress and growth without Federal control.”

Regional educational laboratories were developed for the basic research and development of practical solutions to the issues facing schools. They would serve as a the bedrock of excellence promoting use of best practices ( Theory of Action). The information provided was then to be disseminated (diffused) to the schools. But a network to freely disseminate information and assist in training at the local level was never fully realized. 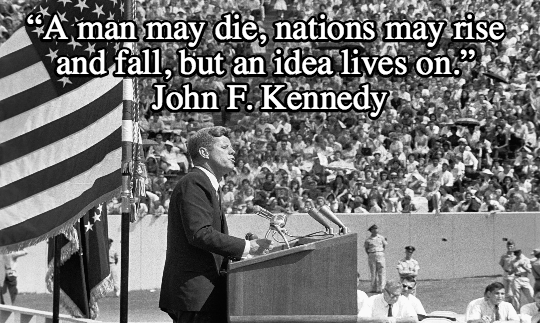 And time marched on. The Reagan administration pointed to the Cooperative Extension System as an example of America’s can do spirit. Ronald Reagan recognized that…

“Despite the obstacles and difficulties that inhibit the pursuit of superior educational attainment, we are confident, with history as our guide, that we can meet our goal. The American educational system has responded to previous challenges with remarkable success. In the 19th century our land-grant colleges and universities provided the research and training that developed our Nation’s natural resources and the rich agricultural bounty of the American farm.” 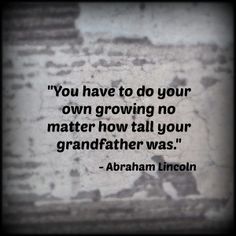 How we make progress is up to us.

Using the right foundational building blocks, an institution for the diffusion of knowledge can be built to last.

(This is the last of a ten blog series on The Road to Educational Quality and Equality that began with The March Begins.)