Our rulers in Washington D.C. are determining our national destiny based on their view of education and the economy. The D.C. know-it-all groups pay to have articles, blogs, and books written. They get promoted. They get in the news. They are the influential – pushers of their propaganda.

But I ask you – oh, wise readers of blogs – WHO is in the best position to know what will improve both education and the economy – those viewing the situation from their thrones or people on the ground? Consider this story and decide for yourself.

This was my reality check yesterday.

While packing my groceries into the trunk of my car at the employee-owned grocery store I frequent, I was thinking about what the parking lot was like during the pit of the Great Recession. … Homemade enchiladas were being peddled from both ends and the best corner for panhandling was never devoid of a person and a sign. … Yesterday, neither practice was in sight. Things are looking up!

That thought had no more than left my mind when I caught a glimpse of a young man walking past me. I can’t recall if I smiled at him or was just smiling at my own positive thoughts but the next thing I heard was “ma’am.”

This very slender, clean, polite young man with humble mannerisms and old-looking clothing proceeded to explain that he and his sister needed to get back to the farm they are living on outside of Parma, Idaho, which is a very small rural community that I later found out was roughly 28 miles from this grocery store. He didn’t think they were going to get all the way home without running out of gas.

He said they were getting about 350 miles out of a full tank and were now figuring that they only had about 27 miles left and the farm was on the other side of Parma. I asked him what his plans were for getting gas since there was no gas station in this area. He didn’t really know.

So rather than giving him money, I had them follow me. As I watched them in my rear-view mirror, it looked like they were looking for something in their vehicle.

When I got out at the gas station, the young man quickly held out a handful of change they must have collected from every corner of the old beater they were driving. This I do remember bringing a smile to my face as I passed by him saying, “Nah, that’s O.K. I’ll be right back.” I prepaid for enough gas to ensure they got home.

And there was enough time for a quick conversation at the pump.

“Do you have a job?” Yes, I’m getting paid $300 a week to work on this farm and they provide a house. But I haven’t gotten paid yet because my boss can only pay me when he gets paid.

“Seems like enough to get by on?” Yes, it is when they provide a house so I don’t have to pay any rent. And I just got my sister moved here so it’ll be….his voice trailed off ….. his sister sitting in the vehicle looking embarrassed.

“You’ll have to watch how you manage your money. Are you good at math?” No – and his eyes went down for the first time in our conversation.

“Did you graduate from high school?” No, I dropped out when I turned 17 and went into doing framing in Montana. I had to get started in life early but I looked into getting a GED at a community college once, but… 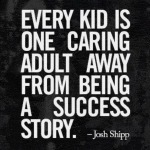 …. Gas was in; conversation was over. I extended my hand to this young man who was by no means a lazy beggar or a complainer. I felt the strength of his handshake and felt confident that it matched his resolve, and we parted ways; “I encourage you to pursue that diploma again.” – “I will.”

Will it do any good to write to our leaders?

To you political rulers of education and the economy,

I don’t know what life dealt him – the reason he had “to get started in life early” – I didn’t ask. He had left it behind; that’s good enough. And he didn’t need to finish his sentence about how “it’ll be….” I know how that goes. I have heard it before from those in my hometown when they lost manufacturing jobs. I heard “Don’t worry. You know us. We’ll be O.K.” 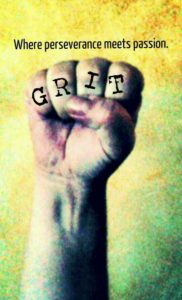 We true Americans have plenty of GRIT. What we haven’t gotten is a fair shot at education and the economy because the rules have been set by those who rule the world.

You D.C aristocrats, you want grit? Get off your damned thrones and come have a looks-see. We’ve got plenty of grit to be found. You don’t need to produce it in us. You need to quit theorizing, experimenting, and pocketing our hard-earned dollars.

Some days I wonder if I have it wrong. Not today – today, I know you people who own the world got it wrong if it is us you even care about.

Listen to why the people who own the world think they know best what to do “for us.”

To the ordinary people fighting to take back America’s schools,

Please do. You can get it right when you quit playing follow the leader. Change the leaders!