Yes, you read that right. Here’s how I know.

Listening recently to critical race theorists speak about what sparked their interest in the theory, their use of it in scholarly research, and their discussion of recent events, several remarks stood out.

“It’s founded on the ethics of love.”

“Be equipped with truth and history.”

“Pursue what is just.”

“Commit to equity and excellence.”

“Live up to the promise of Brown v. Board of Education.” 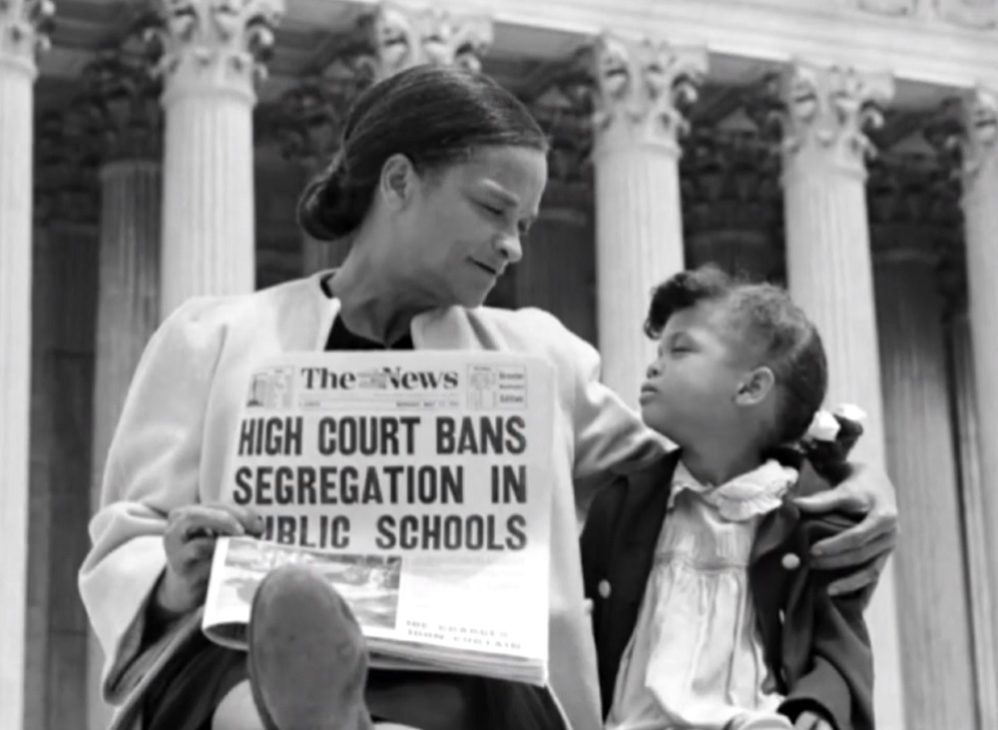 Looking Further into the Love Connection

Historically, critical race theory arose when anti-discrimination laws appeared to no longer be moving us towards progress on equal treatment under the law. (See connection under: “Linking …”) But without being versed in scripture and seeing Martin Luther King, Jr. more as a a civil rights leader than a Reverend, the love connection gets lost. It’s found by looking through the perspective of a critical race theorist.

Rise of the False Narrative: Where to Begin?

It’s hard to say with certainty where – behind what closed door – the false narrative about critical race theory began. But we don’t need to look far to see and hear the claims. The false claims include:

From there, the false claims of “indoctrination” go off the rails!

“… the overthrow of capitalism … the end not only of private property, but also of individual rights, equality under the law, federalism, and freedom of speech … [the theory will] overturn the principles of the Declaration and destroy the remaining structure of the Constitution.” Christopher F. Rufo, Critical Race Theory: What It Is and How to Fight It

A new definition for racism!?! Who knew? But never-mind how confusing that is for us. The real concern is, what is actually happening in OUR public schools?

Is there some kernel of truth to allegations of “indoctrination”?

“I believe “antiracism” is misguided. Can I still teach Black children?” Catchy title! Written by a teacher!

In answering the nagging question of “indoctrination,” I thought I’d found a firsthand account. But alas, this author wasn’t “just” a teacher. He was a senior advisor to [DPPS] Democracy Prep Public [Charter] Schools, served as vice president for the Core Knowledge Foundation, and is senior fellow and vice president for external affairs at the Thomas B. Fordham Institute. His voice is amplified by a list of corporate-funded, politically right-leaning media outlets. And he provided a story!

“The most chilling revelation to emerge earlier this month from a whistleblowing teacher at New York City’s private Grace Church School was the headmaster’s acknowledgement captured in an audio recording that “we’re demonizing kids, we’re demonizing White people for being born.”

Private schools have control over the content they teach —without interference or accountability to taxpayers. But I found another story, a lawsuit alleging indoctrination at a “public” charter school in Nevada. However, it is a story without an ending – to date.

On the surface, it looks straightforward.

Quoted from court documents, “My son is the only white student in this class, as far as we can tell. This teacher is blatantly justifying racism against white people thereby putting my son in emotional, psychological, and physical danger. This is not ok.”

But the rest of this story?

To date – this story shows a tangled web of people, money, power, lose of local control of curriculum and lack of public oversight for private providers.

Superintendent and CEO Natasha Trivers is a co-defendant in the case. Her role is to personally oversee staffing, design, and implementation of the charter school’s national curriculum program …

[The student] was originally enrolled in Andre Agassi Preparatory Academy in 2014. New York-based DPPS [Democracy Prep Public Schools ] acquired the Academy after receiving a $12.7 million grant from the U.S. Department of Education in 2016.

Parents were unaware of the ideological changes in the Civics Program, as Trivers had used the name of an existing program  … and “inserted consciousness raising and conditioning exercises under the banner of ‘Intersectionality’ and ‘Critical Race Theory’” when she modified the Program in 2017. Lawsuit Alleges Leftist Indoctrination in Nevada Charter School

The founder of DPPS is Seth Andrew who also founded Democracy Builders, “a charter school advocacy group intending to create a hybrid college education system.” But students spoke up! Look at some of the allegations raised when Andrew attempted to purchase Marlboro College campus.

“We hope, through this letter, to give you some insights into the man behind Democracy Builders, the irreparable harm he has caused to the low-income and first-generation students of color that he served as the founder of Democracy Prep; and show you why the sale of the Marlboro College campus to Seth Andrew, is not only antithetical to the legacy of Marlboro, but a great human rights concern for the very demographics that he claims to serve,” the Black N Brown at Democracy Prep letter reads.

Then this story took an unexpected twist.

“Prosecutors say Andrew helped create a network of charter schools based in New York City in 2005, and left the network in 2013 for a job at the US Department of Education, and later became a senior adviser in the Office of Educational Technology at the White House, where he continued to be paid by the charter school network. Prosecutors say Andrew left his role in the White House in November 2016 and cut ties with the school network in January 2017.”

Natasha Trivers continues to be the CEO of the organization.

What and Who are We to Believe?

Going back to an earlier publication, Critical Race Theory: An Introduction (Delgado & Stefancic, 2001), the writers describe a collection of activist and scholars adopting and using the theory to explain racism as it relates to various aspects of the world we live in, our laws, and our history. But it was clear that differing “camps” of thinking exist – realists / materialists / idealists etc. Conformity to one way of thinking (or “indoctrination”) is not at all what you find in this introduction to the theory.

Throughout the book, there is a feeling of real desire to help people understand the effects of racism. Granted, there are two more editions of the book since 2001, but the same desire to help others understand what critical race theory is and its proper use is exactly what came through in the discussion among the higher education critical race theorists mentioned at the beginning of this post.

At this time of escalating public confusion, we see new laws emerging opposing the theory!?! That doesn’t make sense!

“Over the past few months, Republican legislators in Idaho, Iowa, Louisiana, Missouri, New Hampshire, Oklahoma, Rhode Island, and West Virginia have drafted bills that would ban the teaching of what they deem “divisive” or “racist and sexist” concepts.”

Good laws begin with at least some clarity about the subject central to the legislation. So why deliberately write state laws restricting academic freedom? Because you can? Because legislative creep has allowed more and more State and private control of curriculum “content” while pushing aside parents and other local controls.

In Ames, Iowa: “This bill is very intentional in its approach to shut down equity work in districts. I think they can sugarcoat it however they want. That is what the bill is intended to do,” said Jenny Risner, the superintendent of Ames Community School District. 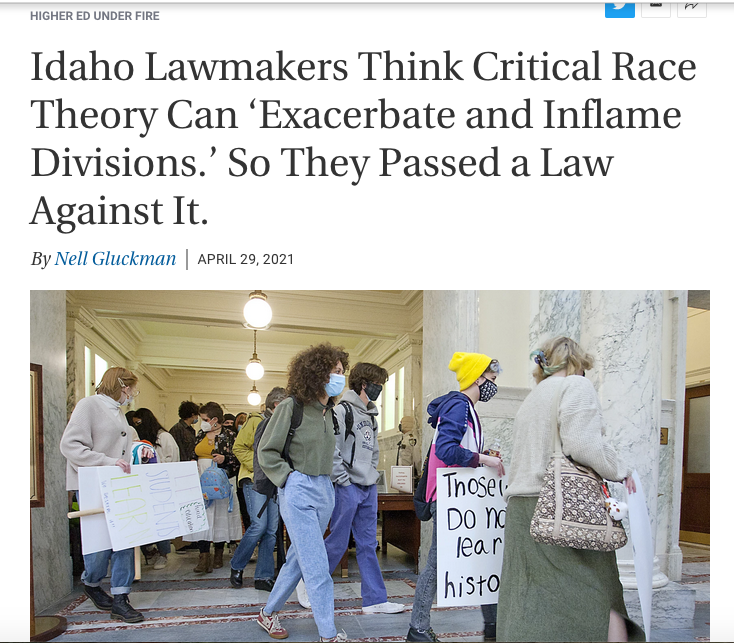 Meanwhile: The Search Continues for Proof of Wrong Doing by the PUBLIC School System

In Idaho, a public claim of “propaganda” entering K-12 education was made in an article posted by a private, Dark Money-funded “non-profit” — after the law passed. But the claim is once again against a charter school. So that does warrant looking further at Idaho’s charters. 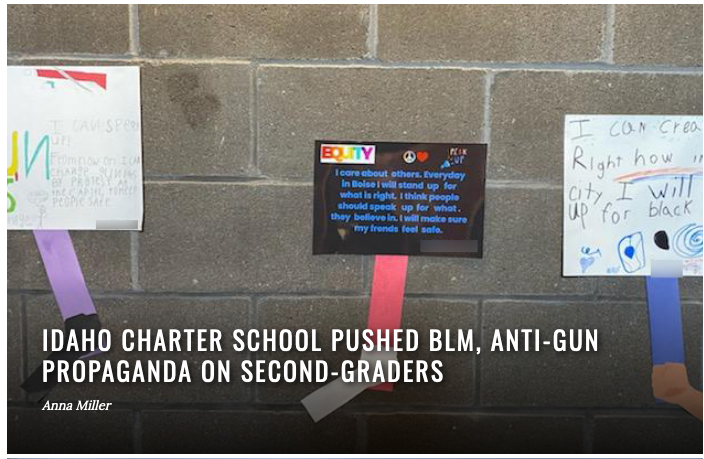 Idaho has a private charter-expansion organization, Bluum, that received at least $22 million to expand charters under the DeVos administration.

And at the Idaho Hearing (Senate Ed 4/26/21) on the Anti-Critical Race Theory bill, Terry Ryan clearly voiced his opinion — “Pass the budgets.”

Idaho news spread quickly in “The Network” designed to undermine and defund higher education. “The Fix” isn’t a fix.

Author: Anna Miller writes, “Starving universities of public money is the only way to rein in a social justice university and force activists to find careers outside of higher education.”

The College Fix is a “news” website focused on higher education and funded by the Koch Foundation (among others).

It’s no coincidence that the author of both the “propaganda” and “The Fix” articles is Anna Miller, a George Mason University grad. With Idaho lawmakers passing a higher education budget cutting $2.5 million to “send a message about ‘indoctrination,'” it goes into the win column for the Koch Network. 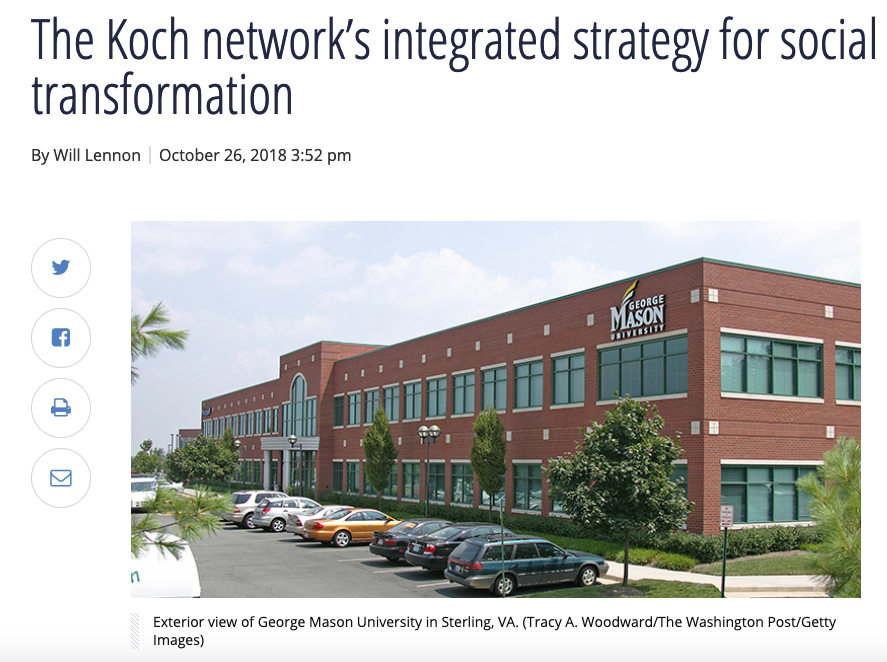 George Mason University has long been known as a place where students are treated to a  Koch-backed curriculum. Yes, this really did turn out to be another story about money, power, and control.

We are losing more than the narrative. We’re losing the truth, public control of public education, and the ability to communicate with the public ahead of the Misinformation Network.

The danger is not in theory; it’s in limiting discussion of race and social justice in places where it belongs. But there is also the problem of ignoring State overreach and private control of public schools’ curriculum.The public education system is being dismantled.

Our biggest risk? Losing opportunities to stand on the ethics of love and create progress towards the promise.

“Critical race theory allows us to see a path toward a truly just future where economic, social, and political power are decoupled from race.” U.S. Representative Jamaal Bowman