The uproar over Idaho’s proposed science standards is a grand demonstration of ideology blinding us to our reality. And the push for headlines and sound bites trumped technical aspects of standards design. The process became an exercise in frustration that could easily have been avoided by making a distinction between a standard – what students should know and do— and content— what is taught. 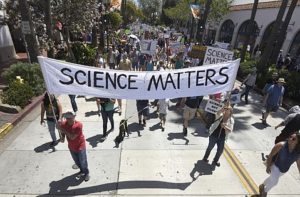 The art and science behind writing standards matters also.

Why is the difference important? At the beginning of the standards-based education craze, Idahoans were sold on the idea of “Standards of Excellence” (then known as “exiting” standards).

The promise was that state standards would not infringe on local control of curriculum (subject content and how it is taught). State standards were to serve as minimum educational requirements, not an all-encompassing system of control.

Due to lack of legislative and administrative oversight and accountability, the outcome-based (standards) movement spawned a series of word changes that has gradually closed the door on local control.

“Exiting” standards became “achievement” standards (corresponding to the foundation of No Child Left Behind (NCLB)) and were eventually labeled in Idaho Code as Idaho “Content” Standards. With our focus on federal NCLB overreach, we couldn’t see our own State overstepping their bounds through a flawed administrative rule approval process.

Why is this discrepancy between standards and content just now surfacing? Only the proposed science standards contain language that clearly describes content. Idaho “Content” Standards for other disciplines do not include supporting content. They are a set of performance targets — true standards.

Our 2017 proposed administrative rules for the science standards included supporting content. That inclusion is problematic. That’s where the discussion went south. 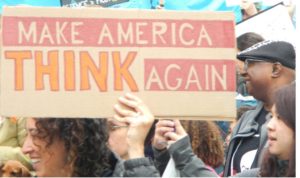 Think before you step on the slippery slope.

Supporting content does not belong in a legislated standards document. Legislative overreach occurred. And lacking an understanding of the nuances of standards and content, state and local control, and a proper process for standards development, the public couldn’t adequately sort out and debate the topic—or see the truth.

The reality? The Idaho Legislature did not reject five science “standards.” Only one performance standard was rejected. Four of the items were supporting content. They went beyond being just a standard. Content was at the heart of the controversy.

Scientific knowledge is ever-changing. What we know today may change tomorrow. 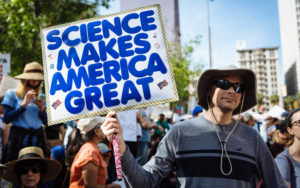 Education content should not be subjected to our politicized lawmaking process.
A state entity defining supporting content is micromanaging education. The Legislature needs to step back and look at what has been done. In a country where liberty is a founding principle, legislating education content puts us on the slippery slope sliding away from local control — towards State control.

If school districts and teachers need supporting content for resources or inspiration; sources are easy to find. Content should conform, locally, to meeting the needs of students, not to complying with a too-often politically motivated mandate.

Limit the role of the State to defining performance standards and leave successful achievement of and beyond standards to the local districts.

Until the light goes on and the public sees that standards-based (aka outcome-based) education has not definitively reform a single school, we will continue to waste time and resources on arguing over and implementing new standards rather than investing fully in our schools and their students.

Being able to see the slippery slope is the first step to doing no further harm, to the public education system of Idaho and the nation, due to the deceptive nature of standards-based education.

2 thoughts on “The Slippery Slope of Standards-Based Education”