As a veterinarian, when presented with a sick animal, the first step in problem solving is a good history. Of course, there are always exceptions to the rule. For example, in a crisis, you skip the history taking and go directly to doing what’s necessary to save a life.

The objective of a good history is to gain clarity as to what happened that may have contributed to or created the problem. A good history guides us in deciding the proper tests to run — always with the goal of making the correct diagnosis.

In education reform, we have been “reforming” at a steady clip for over 30 years. The patient —the public education system—is not cured after being given prescription after prescription resulting in little to no lasting improvement. The main diagnosis? The standards aren’t “high” enough and the tests aren’t good enough.

Ronald Reagan’s National Commission on Excellence in Education reported that we were “A Nation at Risk” and since then the general public has believed that standards were both the problem and the solution. So we set our course for reforms based on standards and testing.

Leaders declared a crisis in education. But In making a diagnosis at that time, findings from the early 1900’s and mid 1930’s about standardization of instruction were ignored. Let’s pick up where we left off.

We misdiagnosed both the problem and what that famous report said.

It is important that we know this because when we look at the patient today, the initial problems still exist but our misdiagnosis and the wrong cocktail of prescriptions have made the patient in some ways worse.

Because the country is addicted to the treatment —dependent on tests to tell us how the patient is doing — we are monitoring our system to the brink of death. Therefore, it’s time to thoroughly re-evaluate the patient.

“if you see a patient back three times for the same thing, you need to get a new set of eyes on the problem. You’re missing something.”

The history? Another set of eyes looked at the problem and their diagnosis was quite different. The Sandia National Laboratories gave good explanations concerning both the interpretation of test scores and the proposed (now in action) “reforms.” 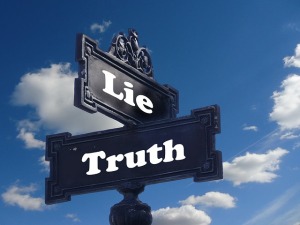 Censorship is as detrimental as a lie.

Some powerful people silenced the report.

#TruthBeTold ? We’ll only hear the truth when we demand it.

My prescription to revive the dying patient is this:

1 thought on “What Is the Diagnosis?”