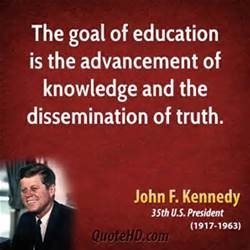 How can we reach the goal if we continue to be misled as a nation?

Do you know the history behind our nation being misled? Many have asked WHAT brought us to this point in education reform where we blame teachers rather that support improvement in their profession, where we close schools and move students around rather than improving all schools, and where education policy is controlled by lobbyists for foreign corporations rather than the crucial voice of the local people.

In 1991, then vice president of Sandia National Laboratories, Lee Bray, was asked to be in charge of overseeing an analysis that

“sought to provide an objective, outsider’s’ look at the status of education in the U.S.”

The Sandia researchers did what they do best — they thought things through and questioned their findings. They did an honest analysis that was never used to guide national education policy from that moment going forward. It —the Sandia report brief titled Perspectives on Education in America — still has not served to lead us in the right direction because

“…it was definitely suppressed” according to Lee Bray.

We need to right that wrong.

So, WHAT information did the Sandia Report provide?

“The utility of these assessments to educational improvement in the United States is negligible.”

Some of the reasons presented included;

“If business needs workers with higher skills by the year 2000, it is the adult population that must be trained.”

“Forecasting workforce skills beyond one or two years into the future is highly speculative.”

In other words, justifying a massive transformation in K-12 education by saying it is to meet the needs of the workforce is a ploy.

On What Were Then Only Proposed Changes (Education Reforms):

“Some proposed changes appear to be in conflict.” 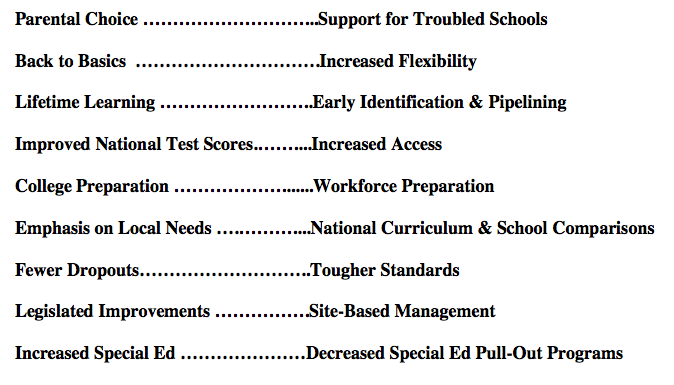 “There is little agreement on what changes must occur.” The Sandia Report was missing from the nation’s view and allowed us to be misled on the state of our education system and reforms.

The Sandia report went on to summarize the primary challenges facing education and the barriers that can impede educational improvement.

One of the barriers to improvement is inadequate information. That is where we stand today — an uninformed thus misled nation.