A Nation at Risk began as a commissioned report to define problems in America’s schools. It became known more for the longstanding political debates that developed. But did this single report produce the ocean of reforms that now threaten to destroy our public schools? Was it the report that forced us to set our course on national standards and testing? Or did a few choice words, and powerful people, set us drifting on the ocean of reforms that are now eroding the educational foundation of America?

“The educational foundations of our society are presently being eroded by a rising tide of mediocrity that threatens our very future as a Nation and a people.”

Like or loathe them, those words from A Nation at Risk live on in education reform infamy. 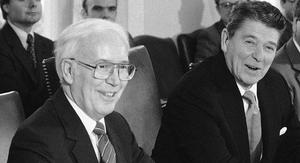 As President Reagan explained, he and his Secretary of Education T. H. Bell “agreed that it was imperative to assemble a panel of America’s leading educators, an assembly of such eminence that the Nation would listen to its findings.” So when the nation did listen, it was Ronald Reagan, not the experts, we heard say, “…our educational system is in the grip of a crisis caused by low standards…” The words grabbed and held the nation’s schools hostage.

The New York Times reported that we were…

“being threatened by lax standards and misguided priorities in the schools” and that “the commission said low educational standards constitute a serious problem.”

If members of the National Commission on Excellence in Education did speak those words in 1983, they did not choose to write them in the official report!

What the report really said about high school and college standards was this:

“We should expect schools to have genuinely high standards rather than minimum ones, and parents to support and encourage their children to make the most of their talents and abilities.”…

“…we find that for too many people education means doing the minimum work necessary for the moment, then coasting through life on what may have been learned in its first quarter. But this should not surprise us because we tend to express our educational standards and expectations largely in terms of ‘minimum requirements.’” …

“In some colleges maintaining enrollment is of greater day-to-day concern than maintaining rigorous academic standards.”

And their advice for setting standards for high schools and higher education:

“We recommend that schools, colleges, and universities adopt more rigorous and measurable standards, and higher expectations, for academic performance and student conduct, and that 4-year colleges and universities raise their requirements for admission. This will help students do their best educationally with challenging materials in an environment that supports learning and authentic accomplishment.”

“Persons preparing to teach should be required to meet high educational standards, to demonstrate an aptitude for teaching, and to demonstrate competence in an academic discipline. Colleges and universities offering teacher preparation programs should be judged by how well their graduates meet these criteria.”

What A Nation at Risk Did NOT Say

You can read, reread, and word search the document and you will not find a recommendation that we set K through 12 academic standards at a level that all students will meet. Instead, we were urged to NOT see standards as the goal but instead set the expectation for students that they will do their personal best to push themselves to the limit of their talents and continue through life as life-long learners.

In A Nation at Risk, you will NOT find “standards” being held up as either the silver bullet nor the major problem despite what foes and fans alike —and the public—have been led to believe.

Look closely at the actual recommendations for standardized testing.

“Four-year colleges and universities should raise their admissions requirements and advise all potential applicants of the standards for admission in terms of specific courses required, performance in these areas, and levels of achievement on standardized achievement tests in each of the five Basics and, where applicable, foreign languages.

Standardized tests of achievement (not to be confused with aptitude tests) should be administered at major transition points from one level of schooling to another and particularly from high school to college or work. The purposes of these tests would be to: (a) certify the student’s credentials; (b) identify the need for remedial intervention; and (c) identify the opportunity for advanced or accelerated work. The tests should be administered as part of a nationwide (but not Federal) system of State and local standardized tests. This system should include other diagnostic procedures that assist teachers and students to evaluate student progress.”

This one recommendation — that standardized tests of achievement be administered only at major transition points — should have replaced the yearly testing mandated in No Child Left Behind (NCLB). But yearly standardized testing remained in NCLB’s replacement, the Every Student Succeeds Act (ESSA). Thus, accountability based on testing remains a senseless detriment to educational progress.

It was never A Nation at Risk that led the standards, testing, and accountability movement. As Valerie Strauss recalled, it was “Reagan’s second education secretary, William (Bill) Bennett, [who] continued to pursue a policy that focused on standardized testing.” 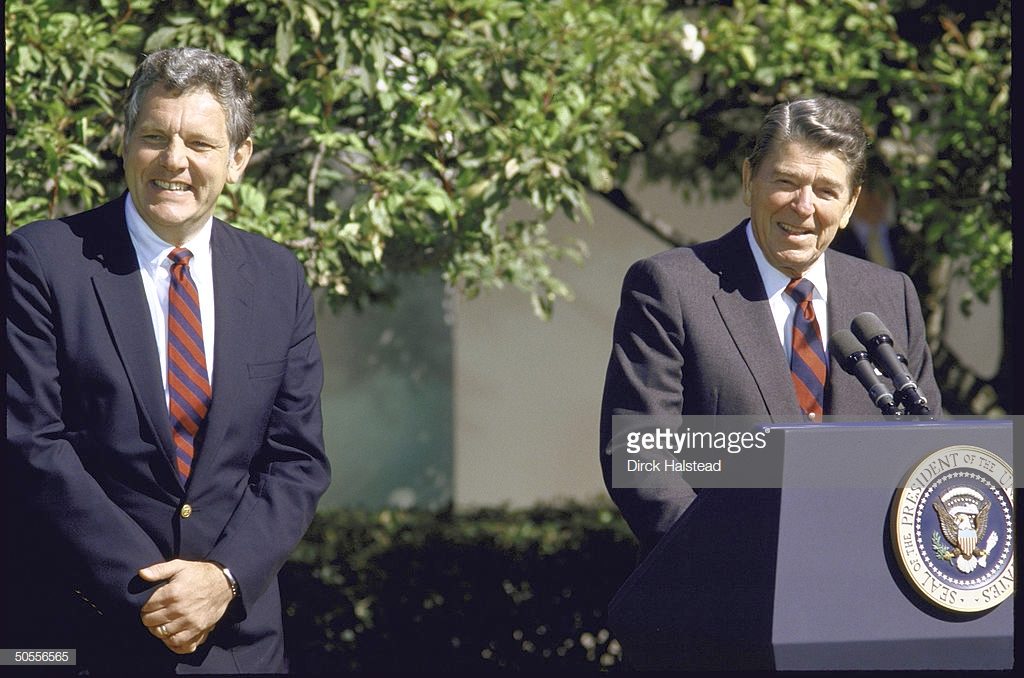 Influential people set this nation adrift on the faulty belief that somehow raising the bar with different standards and more testing would float all boats and stem the “tide of mediocrity.” It didn’t float all boats; it sank a whole lot of dreams.

The political focus on standards and testing drowned the discuss on the more important topic of expectations.

Getting Back On Course: We Need A Real Wake-Up Call

Think about it; thirty-five years of having political leaders telling the public, parents and educators that standards and testing improves schools is long enough. No, it’s too long! It obviously did nothing but create conflict, narrow the goals of education, and put money in the pockets of education corporations rather than in classrooms.

Let’s get back on course. Start by simply asking congressional candidates and representatives to pledge to remove the yearly testing mandate from federal K-12 education law (the Every Student Succeeds Act). It’s up to us to end this testing nonsense.

As A Nation at Risk affirmed,

“It is by our willingness to take up the challenge, and our resolve to see it through, that America’s place in the world will be either secured or forfeited.”

P.S. This blog originally appeared as an article in TruthOut (9/19/14) BEFORE No Child Left Behind was renamed the Every Student Succeeds Act (ESSA). The name was changed; the need to fix it was not. The process to FIX ESSA should begin next year.