The Declaration of Independence is seen as our nation’s promise. It contains guiding principles upon which our nation was built. Its words invoked a vision, a place to be created, a destination. Because of it, America became the “separate and equal” sovereign nation it set out to be.

By 1954, it was decided that when it came to public schools “separate but unequal” was our reality. A socioeconomic and racial inequality in America was acknowledged. That fact alone was justification for the writing of federal education law in 1965. And we set our course of action on offering equal access. However, desegregation —a forced attempt to offer that access—overshadowed full implementation of the law. 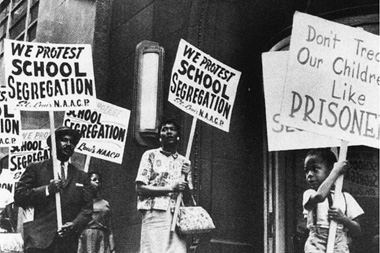 But equal access alone was never enough; the American standard is one of quality.

So as 1983 rolled around, the National Commission on Excellence in Education openly questioned the quality of our public secondary schools and made the call that we were A Nation at Risk based on eleven “indicators.” The majority of those measures were standardized test scores. The course was set. The destination was higher scores.

At that time, the commission’s analysis of statistics painted a bleak picture. And even though some of us still believe their recommendations were generally in the best interest of improving education, it is the commission’s “final” diagnosis of the quality of education in America that has been a topic of dispute in education circles for 35 years — with good reason.

A decade after the release of A Nation at Risk, researchers at the Sandia National Laboratories conducted their own study of elementary and secondary education. The only article about this investigation that the public has some access to is a summary titled “Perspectives on Education in America” (The Journal of Educational Research, Volume 86, Number 5, May/June 1993).

Sandia researchers did their own analysis of U.S. student’s performance on international and national test scores in addition to looking at “the education goals proposed by President [H.W.] Bush and the nation’s Governors.” They wrote that their analysis “focused on popular measures used to discuss the status of education in America.”

They found that in “nearly every” popular measure there was a “steady or slightly improving trend.” These researchers did not interpret this to mean that we don’t need to improve; they questioned the appropriateness of the popular measures, the difficulty of predicting the future educational needs of the country, and they found us “clearly deficient” on some measures they felt were appropriate.

So if left to their own devises, would the Sandia analysts choose different indicators of educational quality and achievement? The country did not ask.

Have our policymakers taken their findings into consideration? The country cannot possibly know.

This group of engineers — admittedly looking at education from an apolitical, outsiders’ view — summarized for us; the challenges we must face, the barriers that can impede educational improvement, and the conflicts they anticipated with the “reforms” being proposed.

Their findings should have been taken as cautionary. But the country did not hear them.The report was suppressed. The report, and the perplexing act of its contents being censored, failed to draw the attention of the media. 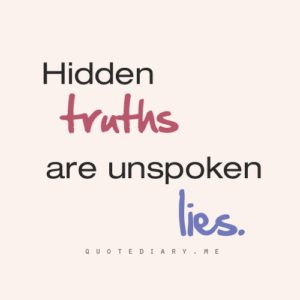 This lack of pertinent information has left us drifting along using “questionable measures.” And we lurched forward with full sails into the gusty winds of conflicting reform theories while anchoring them firmly in law — without good reason.

Any comparisons of U.S. scores on international tests should be seen as irrelevant in discussions of reform until the faults in those comparisons are clearly explained to the public.

What there should be no doubt about is that Gerald Bracey was correct in his observation that 20 years after A Nation at Risk, “The various special interest groups in education need[ed] another treatise to rally round. And now they have one. It’s called No Child Left Behind. It’s a weapon of mass destruction, and the target is the public school system. Today, our public schools are truly at risk.”

Now we know the destination set for the nation is privatization of our public schools.

Today, to effectively use history as a guide, we need the unfiltered insight of some of our best and brightest minds. We need the truth.

As the Sandia report quoted Clark Kerr, then President Emeritus of the University of California:

“Seldom in the course of policymaking in the U.S. have so many firm convictions held by so many been based on so little convincing proof.”

And that is now sadly true of the nation as a whole. We set course towards an illusion that raising test scores would produce “excellence.”

Good decisions are based on observation and evidence.

When information is withheld, we are more inclined to choose a course of action that takes us in the wrong direction. And the destination set for us appears to not be the one the American people desire.

Once upon a time, we were on course “To strengthen and improve educational quality and educational opportunities in the Nation’s elementary and secondary schools.” We are now running full speed ahead towards the alluring but deceptive goal of better test scores.

It is time to write a better passage in this reform saga by starting with the long ago expired and fault-ridden federal education law inappropriately named “No Child Left Behind” and now called the “Every Student Succeeds Act.” To do so responsibly requires we have a true assessment of our education system.

If this country’s leaders sincerely believe in excellent education for all, they will bring the missing Sandia Report up from the depths and welcome re-analysis of both it and A Nation at Risk. Our course in education reform, and our monitoring of it, depends on wise and informed decision-making. Our republic requires it.

(P.S. A version of this blog was originally posted on TruthOut in 2014.)