Is America’s choice the Marc Tucker plan? High skills or low wages are the only choices being offered? Care to look at the details of this plan?

For those unfamiliar with Mr. Tucker, Lynn M. Stuter describes him as “an avid supporter of and advocate for systems education, known also by a plethora of names. Most notably, it is outcome-based education. Other names include performance-based education (PBE), competency-based education (CBE), outcomes driven developmental model (ODDM), and outcomes-driven education (ODE).”

The Tucker plan is explained by the Eagle Forum as being “designed on the German system, the Tucker plan is to train children in specific jobs to serve the workforce and the global economy…” And the Forum goes on to outline the policies that have supported the plan thus far.

The Tucker plan centers on national standards, assessments, and certifications for “mastery”; it is the outcome-based theory taken to an extreme and tied securely to the labor force through data systems.

The history is sometimes hard to follow because the “organizations” and their “projects” change names on a regular basis. But many agree that a pivotal point in “the plan” moving forward was “a two-day summit at the University of Virginia in Charlottesville on Sept. 27-28, 1989.

“What began at Charlottesville was a long march of a bipartisan [movement] to fundamentally change the system,” said Mr. Tucker, who served as an unofficial consultant to the cadre of officials involved in developing the goals [America 2000]. “It had good results and bad, but it survived changes in administration in a way that few things did. It was not A Nation at Risk that did that. It was Charlottesville.”

For us, this is one more demonstration of “the influential” pushing policy forward. From New York where “Rochester schools were the designated laboratories for an experiment in nationalizing education,” the Tucker plan quickly spread to D.C.

Based on the perception (one later disproved by the Sandia Report) that a “strong general education” was lacking in our country, the Tucker plan gained steam with the publication of America’s Choice: High Skills or Low Wages.

Over and over the same words were used, the same reasoning given, and the same plan explained. As Ira Magaziner and Hillary Rodham Clinton reiterated:

“We grow by having every American worker produce more…

The vision is based on “a national examination system” like the “New Standards Project.” When students pass the test, they are awarded a “Certificate of Initial Mastery.” Technical and professional training “would be offered across the entire range of services and manufacturing occupations” because training by employers was seen as “lacking” so the government would take over through the new public school system and “public technical assistance” – according to the Tucker plan.

This is a “total system” of school to work. Dropouts? No. “Children should not be permitted to work before the age of 18 unless they have a Certificate of Initial Mastery or are enrolled in a program to obtain it (America’s Choice, page 6).

The Tucker plan was further clarified in his personal Letter to Hillary Clinton where he shares what his ideal system would look like.

…We have a national system of education in which curriculum, pedagogy, examinations, and teacher education and licensure systems are all linked to the national standards…

…We have a system that rewards students who meet the national standards with further education and good jobs, providing them a strong incentive to work hard in school…

…All students are guaranteed that they will have a fair shot at reaching the standards: that is, that whether they make it or not depends on the effort they are willing to make, and nothing else…

The letter is very detailed leaving no doubt that the vision is for one system to be “regulated on the basis of outcomes that providers produce for their clients, not inputs into the system.”

Add to this the plan to have  “All available front-line jobs — whether public or private — must be listed in it [The Labor Market System] by law.”

This is a vision for developing a totalitarian education/labor system. “The State” (my quotation marks here) will hold total authority over standards, testing, certification, and job placement – of America’s children. This is America’s choice?

With access to quality education still left up to luck and location, this is “a fair shot’? Really?

25 years after the Charlottesville, Virginia meeting, is it possible that these people, that are paid to think, put all our chips on the wrong vision for America? Did they ever stop to think about that? 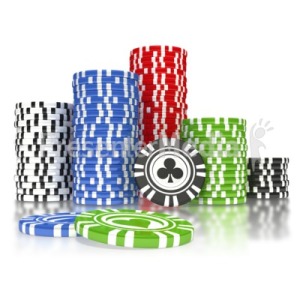 But, we should not hang Marc Tucker out to dry alone; he had plenty of support in his efforts…too numerous to mention today.

The big question is, what does America think of the Tucker plan? And do we see its similarities to The Common Core?

Time to make a choice, America.

Quit gambling, or keep betting on the same outcome-based theory that has a 30 year history of no returns on investment.