Education hell has nothing to do with the afterlife. The hell created in our schools, in the name of education reforms, is a result of the fight between rhetoric and reality. 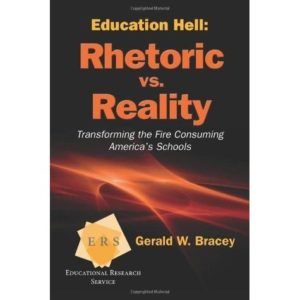 It’s crazy! If you aren’t part of the education oligarchy —those who make the rules creating this education hell— your facts don’t count. It doesn’t matter what you know; it is who you know. Throw in who has been bought and what media is manipulated and you have created the hell on earth called education reform. And it isn’t reform!

But in education hell, the truth doesn’t matter. 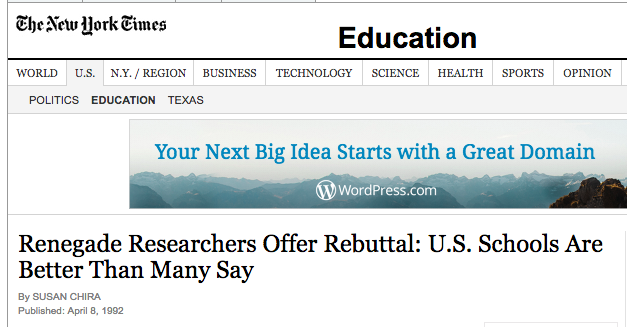 This is an article with the message to readers framed from the beginning with the words “Renegade Researchers.” And as you read, it sets up the false scenario of The Renegades versus The Scholars.

The word “renegades” implies “traitors” yet they are referred to as “the defenders of America education” (as if that is a bad thing?).

“I’m interested in a focus on the worst kids in the worst schools. Given the fact that everyone agrees that the bottom third of our kids are awful, they get very little spent on them.”

Was that the voice of a renegade?

Yes, a pesky researcher named Harold Hodgkinson (then director of the Center for Demographic Policy). And the counterattack from “the scholars”?

“The critics are wrong in saying the schools are just as good as they ever were. That is deeply damaging; it inspires complacency and a false sense of self-esteem.” A quote from then Assistant Secretary of Education, scholar, Diane Ravitch

The scholars were fighting for reforms based on developing “higher standards.”

Those ever-changing but “higher” standards formed the theoretical foundation of our education reforms for the last 30 years. Marc Tucker, the president of the National Center on Education and the Economy (NCEE), has been the “unofficial consultant to the cadre of officials” who coerced the nations’ schools into using this reform theory.

Tucker is the artful dodger. He claims to be a researcher but is counted as a scholar. (It’s a bit murky if you haven’t read the script and don’t know the actors.)

But as the news article goes on to explain, “Many scholars argue that the researchers are right to say that schools have NOT gone downhill, but are drawing the wrong conclusions.” (?)

“It’s true, but it’s irrelevant,” said Tucker. “Doing as well or slightly better than we used to do is doing appallingly badly relative to the rest of the world.”

From the Sandia National Laboratories – The Sandia Report.

How is “appallingly badly” defined? In the case of Mr. Tucker and his education and the economy argument, his scholarly opinion was NOT based on solid statistical analysis.

The late, great statistician Gerald Bracey, as well as the Sandia National Laboratories researchers and others, demonstrated the flawed thinking of “the scholars.” Did the public know that? Nope.

Financed by the Department of Energy in 1991, Sandia research engineers ( not professional educators) were given our education statistics and asked to provide an “outsider’s’ look at the status of education in the U.S.” They did; those damned renegade researchers! They gave us their honest opinion.

The condition of education? Buried as quickly as possible! And the game continues, hide the truth and put out the spin. But the Sandia Report is not forever buried and forgotten. Gerald Bracey, for one, tried to keep the truth alive. He wrote.

David Kearns, former CEO of Xerox and then deputy secretary of education, said something along the lines of, “You bury this or I’ll bury you.”

And Bracey continued to point out the role of the media…

In February 1992 an international comparison in mathematics and science appeared. With enthusiastic help from Secretary of Education Lamar Alexander and Assistant Secretary Diane Ravitch, the media gave it a highly negative spin. (The 10th Bracey Report on the Condition of Education, Page 2) 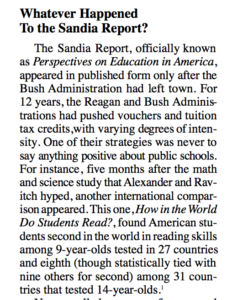 Was the manipulation of the media effective?

“The debate, both sides say, has crucial implications for education policy. The revisionists argue that exaggerating the crisis in all American schools distorts policies that should be focused on poor schools where children are really failing.”

So looking back at the Renegade Researchers article, by prefacing the above statement characterizing the renegades as “revisionists,” the author taints our view of what is said next — policies “should be focused on poor schools.”

That targeted focus is what the education venture capitalists — those looking to make a profit off of school children— never wanted the public to focus policy (or resources) on. REAL reforms would focus on the smaller number of schools needing attention. It’s a smaller market share. REAL public policy solutions wouldn’t have us restructuring the whole system like we are.

It looks like the media manipulation produced the desired results.

So What Can We Do?

Don’t take it anymore! Fight back against the lies. In his own way, Gerald Bracey did. He

didn’t take being called a “revisionist” lying down. He continued to speak up.

Few researcher are in the same class as Gerald Bracey, but, we are living in the same education hell.

Unfortunately when this debate was going on in 1992, I was just a public school parent unaware of the political shenanigans interfering with the progress we were making in my high-poverty schools. It was a living hell because schools and teachers were being asked to do things that made no sense! Way back then! 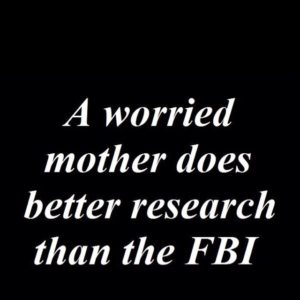 This problem isn’t going away on its own. As another parent researcher recently asked, “what new hell is this?”….. More rules, regulations, policies all promoting “higher” standards, different tests, altered accountability mechanisms, and technology to track a child’s every move…on the keyboard…..yes, all reality.

Anyway, I now have an answer to her question, what “new” hell is this? It’s not new; it is the same education hell where politically driven rhetoric overshadows reality. The lies have “crucial implications for education policy.” We are wasting money by doing the same wrong things over and over and over again.

So, as Duane Swacker reminds us in his book, Infidelity to Truth: Education Malpractice in American Public Education,

“…truth is ‘the control of belief by fact.’… Yes, truth matters!”

What we can do is insist that this never-ending political tit-for-tat debate ends NOW. Enough of the lies! Demand the truth be told and that our reality now guide education policies.

The education law of the land right now—the Every Student Succeeds Act—is based on decades of lies. If truth matters, let’s demand the facts be made transparent.

With standards-based education “reforms” in place since 1992, what have we got to show for having lived through, and paid for, this education hell? I honestly don’t know.

I do know one thing. It burns my ass to think that not one person involved in the lies surrounding the Sandia Report has ever worked like hell to set the record straight —for the public.

Oh, and speaking about truths, how are we doing with “closing the achievement gap”?

If education reform was really about closing the achievement gap, why did we change policies when we were making progress? Was it about something else?