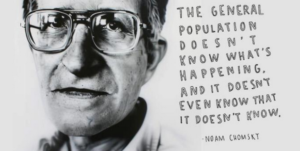 The term “neoliberalism” is not in my old college dictionary. And most people I’ve asked don’t know what it is. For that reason, the public is not able to recognize the ideology behind many of our public policies. …

We have become victims of sabotage —of our own doing.

An economic approach is only one component of neoliberalism.

We are political pawns in the neoliberal game.

The situation looks daunting. But don’t despair. Shedding light on the neoliberal agenda will enable you to better understand the concept and determine for yourself if you have unknowingly adopted this ideology as your own.

As explained in “Our Neoliberal Nightmare,”

“Everything that promotes the market, i.e., privatization, deregulation, mobility of finance and capital, abandonment of government-provided social welfare, and the reconception of human beings as human capital, [is] encouraged.

It should be said that neoliberalism thrives on prompting crisis after crisis…so that each succeeding crisis only erodes the power of the working class and makes the wealthy wealthier.

[Our] politics succumbs to neoliberal economic theory…[so]… In this revolution of the law, persons have no status compared to corporations…

[And the author writes] I am merely outlining the strength of an opponent that has refused to be named for forty-five years, although it has been the ruling ideology that long!”

Neoliberal beliefs have permeated our social and political structures with bipartisan appeal.

And indoctrination into the neoliberal philosophy runs the gambit — from political propaganda to training within the public education system. That’s right! We’ve been infiltrated.

John Perella’s dissertation on the National Institute for School Leadership (NISL) enlightened me. I hope it does the same for you.

Don’t be led to believe NCLB is gone.

The newest version of No Child Left Behind (NCLB), the Every Student Succeeds Act (ESSA), continues to harbor the neoliberal education reform agenda.

Children. It’s creating problems for children, which in turn creates problems for families. And in dysfunctional families, the problems are magnified.

Proponents and critics alike of privatization have identified social cohesion as a possible victim of market driven education.

That concept is what people like New York Times writer David Brooks haven’t figured out. As explained in The Common Good & Education, he understands that children need a strong social fabric. But he doesn’t see how neoliberal / neoconservative education reform laws damage the social fabric he claims is essential.

When no accountability was forthcoming, “choice” was offered. Choice nourished the market. And the technology to run this whole ruse brought the neoliberal agenda full circle.

Money is being made at every step of the way. Reform? Not so much.

The neoliberal philosophy has us believing that there is nothing wrong with private industry taking over work traditionally done by public institutions…You know the sell… cutting through the bureaucracy, ending the government monopoly on education, and all that jazz… But, answer this…

What is the problem with NISL — Marc Tucker’s for-profit, non-collegiate, privately controlled organization — training/educating/indoctrinating (your choice) OUR public education leadership?

And please keep in mind, neoliberal thinking takes the social justice ideal and uses the platform to justify the market-based theory. It draws in liberal thinkers and civil rights groups trying to do what is right for society — unknowingly putting children at the mercy of the almighty dollar.

And never mind how you and I define social justice. Neoliberal leadership proceeds to act by whatever means they desire —pocketing public dollars in the process—and always producing more human capital to do their work.

As Dr. Perella explained NISL’s program, the leadership “education” combines military and business training practices. Pipelining is how the military routinely picks and develops their leadership. And Marc Tucker’s NISL (with his parent organization National Center on Education and the Economy – NCEE) isn’t  the only show in town.

“The Broad Academy is a subsidiary of the same Broad Foundation that has [financially] supported NISL. Broad has two distinct flagship initiatives, a residency program for placing “participants into full-time high-level managerial positions in school districts, CMOs (Charter Management Organizations), and federal/state departments of education” (http://broadresidency.org/about/overview.html)

… at the risk of interrupting your reading, let me stop you right here…. Did that last point wake you up? Placement in federal and state “departments of education.” Targeted, strategic placement in our governing structure…just checking that this bombshell hit you…. Okay, so, there is the Broad residency program…

and their Superintendent Academy. The primary goal of the Academy is to train and place non-educator executives into superintendent positions.

In 2009, 43 percent of all large urban superintendent openings were filled by Broad Academy graduates (p58).

I’ll ask again, what is the problem?

Well, I agree with Dr. Perella…

Tucker truly is the man behind the curtain. [And] NISL is but one component of Tucker’s influence on public education reform (p138).

…there is very little ‘public’ in NISL’s design for the training of public school leaders (p137).

And we must always remember,

Central to the neoliberal doctrine is a simple, yet powerful objective: profit (p40).

So with much appreciation for Dr. Perella’s diligent work in answering some very important questions, let me end with some words from the man behind the curtain…from page 50 of Tucker’s publication “Governing American Education: Why This Dry Subject Might Hold the Key to Advances in American Education”…

Stoppable? Well, we do have a choice. But the question is, do people want to hear it?

And will people consider answering a few questions, like these:

Who should be holding the key to our future?

Are we going to let our public education system go the way of neoliberalism?

If we do nothing, we know how this story goes. History tells us. 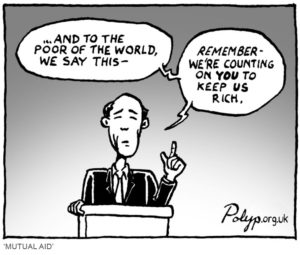 Note: The pdf provided here for Dr. Perrella’s dissertation concerning NISL is my personal copy. I provided my highlighted and underlined copy not to influence readers with what I found important or interesting but as a courtesy to those who might need to skim, rather than read, the 172 pages.

A clean copy can be found here.

6 thoughts on “Neoliberalism: To Know It Is To Recognize It”